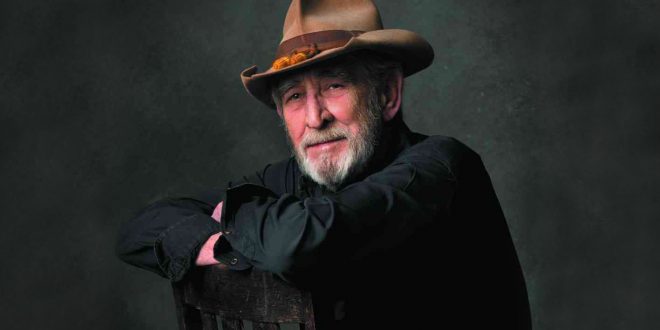 SHOW REVIEW: The Music And Memories Of Don Williams

Over the past weekend, Don Williams was the focus of a three-night musical extravaganza at the Schermerhorn that paid tribute to his music – and for those who are unaware, Don charted 17 #1 singles and charted 34 hit songs – but in a fashion that I don’t think many could imagine. Yes, Don Williams passed away in September 2017 so you might ask yourself: Is this a tribute concert? Is this a symphony show where they just play Don’s music? How was Don Williams going to be singing his songs back to the audience with his full band and the Nashville Symphony playing along?

Through technology, as the producers of the show explained, they were able to synch real live audio from previous Williams shows with live video taken from Africa, Branson, and Ireland to create an experience that they believed would work. Believe it or not, it worked! I felt as if Don Williams was on-stage singing his songs and I was captivated by the footage. How you ask? Well, think about it, when we go to arenas, we are always watching the big screen because unless you are in the first 5 rows, you don’t get to see much anyway. So as Don’s music was being performed by the musicians, I was merely watching the screen as if I was in the last row of the concert hall. Don sounded and looked great, the video is synced perfectly to the music and I was in awe of what I was seeing. It was almost like seeing Williams in different parts of the world.

Saturday night proved to be something special for those in attendance. The shows curator and country music star Keith Urban was in attendance viewing the masterpiece that he helped pull all together. Urban sat with show producer and Don’s long-time manager Robert Pratt throughout the night. Those near Urban watched as tears flowed from his face in a proud state of happiness. Nobody has said how much Keith was involved in picking the songs, pulling the footage, or not, however, who cares. Give him all the credit he wants or deserves as the show concept and execution was just that, a masterpiece!

Now, was the show entirely perfect, not exactly. During a few songs, the audio files being used contained applause, which obviously proved the tracks were pulled and taken from real live concert settings. However, one would think with all this audio software out there, that this great production would have cleaned up the tracks a bit better. But it was opening weekend for what we understand will be a show that is going to tour in 2020 around the world. I bet that one flaw will be fixed before you ever see this show in your town.

All in all, the show taught you how extraordinary the catalog of Don Williams music really is. This is the first tour of its kind. If you’ve seen Don Williams you know how special this is and it’s worth seeing again. If you haven’t seen Don Williams, this is as close as you will ever get and you will see why he is legendary. I highly recommend!
–Jerry Holthouse

Good Ole Boys Like Me
She’s In Love With A Rodeo Man
Lay Down Beside Me
Heartbeat In The Darkness
Atta Way To Go
The Ties That Bind
In The Family
I’m Just A Country Boy
Amanda
Til The Rivers All Run Dry
Some Broken Heart Never Mend
It Must Be Love
Back In My Younger Days
From Now On
She Never Knew Me
How Did You Do It
If Hollywood Don’t Need You (Honey I Still Do)
Elisa
Imagine That
Lord, I Hope This Day Is good
I Believe In you
Tulsa Time
You’re My Best Friend
I Recall A Gypsy Woman
Louisiana Saturday Night
Desperately

Music editor for Nashville.com. Jerry Holthouse is a content writer, songwriter and a graphic designer. He owns and runs Holthouse Creative, a full service creative agency. He is an avid outdoorsman and a lover of everything music. You can contact him at JerryHolthouse@Nashville.com
Previous WATCH: Easton Corbin Releases New Video “Raising Humans”
Next Billie Eilish Performs Intimate Show at Third Man Records