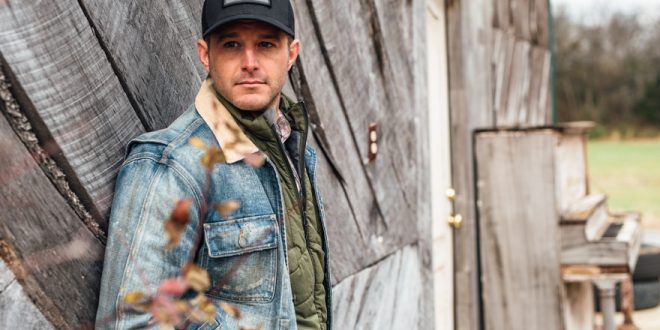 “I have been blown away by the response to this song,” said Easton Corbin. “It really goes to prove just how special these bonds are with our pets and how this unconditional love they show helps us all through the daily grind of life – through the ups and downs. They really do raise us in a way. Every time I have performed this song, my fans have come up to me telling me some pretty amazing stories about their dogs and pets and how much this song has moved them.”

“Raising Humans,” written by Michael White, is an emotional song told uniquely from the dog’s perspective about the complexities and the unconditional love and support of helping their human through life’s journey.

The Florida native has paired his appreciation and support of the military, first responders and veterans organizations with his love of animals in his recent partnership with Companions for Heroes, an organization that saves, trains and provides companion animals from shelters to active duty military personnel and veterans, as well as his support of the Hallmark Channel’s Adoption Ever After Initiative benefitting the Pedigree Foundation.

Corbin, an ardent supporter of military and veteran organizations, has worked tirelessly over the course of his career while on the road and through his partnerships with companies like Ram Nation and Kretschmar â where Corbin has had the opportunity to work with, perform for and/or meet many active military and veterans through organizations like Operation Homefront and Vets Returning Home as well as his partnership with Air Force Entertainment for his last two years of playing 6-7 free Air Force Base Tours around the Independence Day holiday.

Music editor for Nashville.com. Jerry Holthouse is a content writer, songwriter and a graphic designer. He owns and runs Holthouse Creative, a full service creative agency. He is an avid outdoorsman and a lover of everything music. You can contact him at JerryHolthouse@Nashville.com
Previous Billy Ray Cyrus to Perform at Titans Game
Next SHOW REVIEW: The Music And Memories Of Don Williams