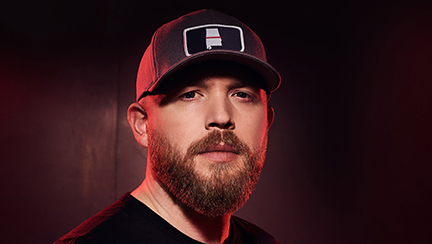 Rising Country recording artist Tyler Braden announced his charity golf outing on Monday, October 25 to benefit National Fallen Fighters Foundation (NFFF) and Hungry Heroes. The tournament will be held at the award-winning Arnold Palmer golf course just outside of Nashville, The Governor’s Club, and will be a day full of golf, fantastic food, gifts and live music presented by Whiskey Jam to help support true heroes.

“After spending a huge, very influential stretch of my life in the fire service, I wanted to find a small way to try and give back,” explains Braden. “We wanted to combine a great time and great people with a greater cause so what better way than a full day of golf, food and Country music on one of the most beautiful courses in middle Tennessee with all the proceeds going back to first responders. I look forward to seeing familiar and new faces alike with satisfied smiles on October 25th. Let’s play some golf!”

The Slapout, Alabama native spent seven years as a firefighter and first responder, all the while working his way to Nashville. He remained in the service well after making the move to Music City, building his songwriting repertoire and even playing shows between shifts. The powerhouse vocalist and emotive lyricist has released several tracks as a major label recording artist, each to big fan response.

Braden’s first Warner Music Nashville release, a powerful take on NEEDTOBREATHE’s “Brother” (listen above), paid tribute to his first responder family and all those fighting on the frontlines of the pandemic. The cover quickly racked up more than 2 MILLION views on YouTube.

Music editor for Nashville.com. Jerry Holthouse is a content writer, songwriter and a graphic designer. He owns and runs Holthouse Creative, a full service creative agency. He is an avid outdoorsman and a lover of everything music. You can contact him at JerryHolthouse@Nashville.com
Previous Jimmie Allen Debuts Book “My Voice Is A Trumpet”
Next WATCH: Anderson East’s “Hood Of My Car”