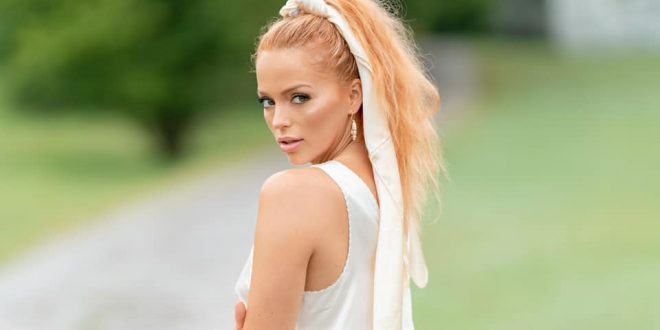 Rising Star Dani Taylor Releases “Does It Snow In Nashville”

Pop-country artist Dani Taylor is releasing her Christmas single “Does It Snow in Nashville” on November 6. “Does It Snow in Nashville” (listen above) follows Dani’s heartfelt, sophomore single “Man of Few Words”, which has already amassed over 81,000 streams on Spotify alone within the first two weeks of the single’s initial release. The rising singer/songwriter, based in Nashville is known for her sweet, soaring vocals and sassy lyrics, her sound is a blend of upbeat, catchy melodies supported by playful stylistic elements like the banjo, guitar and mandolin. Having performed at acoustic sets and writers’ rounds across Nashville’s scene, Dani released her debut single, “Girl Most Likely,” on August 28. American Songwriter selected Dani as a Daily Discovery artist, noting a comparison to Taylor Swift. Born and raised in Arizona, Dani moved to Nashville to pursue music in 2018. As a kid, she performed in choir and did musical theatre, but it was only after graduating from high school that she rediscovered her love and talent for music. After working with a vocal coach, Dani had a creative breakthrough after she began listening to country music and covering songs by Patsy Cline, which gained traction on Facebook. Inspired by the more challenging moments in life, from bad experiences to breakups, Dani finds that making music helps her turn those negatives into positives — she started songwriting daily after a romantic breakup. The upcoming country-pop star says: “I want to be happy, and I want other people to be happy, even at their lowest. I want girls, the misunderstood, the underdogs, and anyone having a bad day or breakup to listen to my music and feel more empowered. I want people to go to my music to make them feel better. Through my music, I want to spread positivity and a healthier outlook on life and the future, for myself and for anyone who’s listening.” Dani’s holiday-themed single, “Does It Snow In Nashville,” will be available everywhere on November 6.

Music editor for Nashville.com. Jerry Holthouse is a content writer, songwriter and a graphic designer. He owns and runs Holthouse Creative, a full service creative agency. He is an avid outdoorsman and a lover of everything music. You can contact him at JerryHolthouse@Nashville.com
Previous Circle Network Teams Up With 54th Annual CMA Awards
Next Lindsay Ell & Mitchell Tenpenny To Perform At Christmas 4 Kids Event