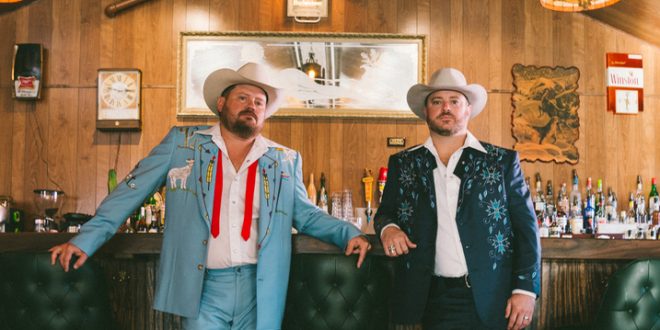 Randy Rogers and Wade Bowen Team Up For “Rhinestoned”

Country mainstays Randy Rogers and Wade Bowen reflect on the songs that built them in their brand-new track, “Rhinestoned” – available now on all streaming platforms and digital retailers.

Written by Lori McKenna, Ryan Beaver and Ashley Ray, the tune serves as a clever ode to old-school Country music, as it details the storytelling and musicianship that make the genre so special – paying homage to Country legends like Hank Williams Sr. and George Jones along the way.

“‘Rhinestoned’ is pure country badass-ness,” says Bowen. “From the moment I heard it, I wanted to cut it… I had to cut it. One of the many reasons why Randy and I love doing these albums together is because we get to create classic-sounding Country. This song is a perfect example of that. It sounds like it could have been one of the old staples you grew up listening to – it’s also my favorite track on the entire album.” Listen HERE.

“’Rhinestoned’ makes me wanna put on my boots and hat and find someone to dance with – it’s solid country gold,” says Rogers. “It really does take me back to 21 years old, drinking for the first time in some honky tonk… I lived this song.”

“Rhinestoned” is the latest taste of what’s to come from Rogers and Bowen’s upcoming album, HOLD MY BEER, VOL. 2, echoing the classic Country sound that fans experienced with their previous releases – “Rodeo Clown” and “Hold My Beer” – all of which are immediately available upon pre-order of the album.

Rogers and Bowen have lined up a weekly video series dubbed “Watch This Wednesdays,” which features the pair, as they preview never-before-heard songs from HOLD MY BEER, VOL. 2 in a live, acoustic setting. New installments go up every Wednesday across the Hold My Beer social platforms.

Music editor for Nashville.com. Jerry Holthouse is a content writer, songwriter and a graphic designer. He owns and runs Holthouse Creative, a full service creative agency. He is an avid outdoorsman and a lover of everything music. You can contact him at JerryHolthouse@Nashville.com
Previous Scotty McCreery First Country Artist To Do Virtual Concert In Online Gaming World
Next Adam Doleac Releases Greatest Hits Album With New Track