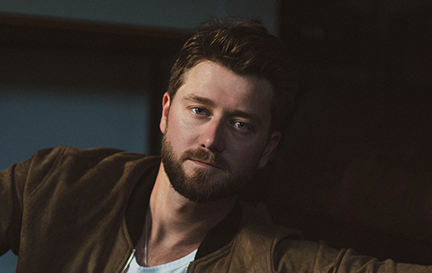 Arista Nashville’s Adam Doleac is treating fans to a collection of his most loved tunes – along with a new track – with the release of the Famous EP, now available for streaming and purchase. On the heels of the title track’s release to country radio nationwide, the project chronicles Doleac’s time in Nashville and rise to success, featuring his debut release and SiriusXM The Highway’s Top 5 “Whiskey’s Fine,” autobiographical favorite “Mom and Daddy’s Money,” and new song “I Choose Lonely.” Co-produced by Jason Gantt (“SOLO”), Lindsay Rimes (“Whiskey’s Fine”) and Andy Skib (“Famous,” “I Choose Lonely,” “Mom and Daddy’s Money”).

“These songs and the inspiration behind them go back as far as five years and then some only a few months ago. So for people to finally get to see how they all come together as one body of work is the coolest thing for me,” said Doleac. “This is my first Arista Nashville EP since signing with Sony Music Nashville, and I couldn’t be more thrilled to share this music that means so much to me with all my fans.”

Shortly after his label signing in October of 2019, Doleac released his single “Famous” to country radio, along with a concept video featuring ABC’s The Bachelor sweethearts Colton Underwood and Cassie Randolph. “Famous,” already a two week No. 1 hit on SiriusXM’s The Highway, has collectively accrued over 50 million streams to date.

Music editor for Nashville.com. Jerry Holthouse is a content writer, songwriter and a graphic designer. He owns and runs Holthouse Creative, a full service creative agency. He is an avid outdoorsman and a lover of everything music. You can contact him at JerryHolthouse@Nashville.com
Previous Randy Rogers and Wade Bowen Team Up For “Rhinestoned”
Next King Calaway Launches “Nashville House Band Series”