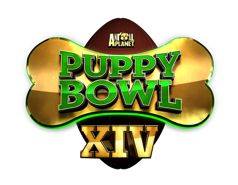 Nashville Humane Association is pawsitively thrilled to announce we have a puppy player in this year’s PUPPY BOWL XIV. The cutest competition in sports history airs Sunday, February 4th at 3:00pm ET/12:00pm PT on Animal Planet.

“Music City” is represented in this year’s Puppy Bowl as Barry, an adorable hound mix, storms the GEICO gridiron and makes the cutest ear pulls and tail tugs as part of Team Ruff as they compete to win the CHEWY.COM Lombarky Trophy.

Barry came to Nashville Humane Association (NHA) from a litter of nine puppies rescued from a rural Tennessee shelter just outside of Nashville city limits. When Barry walked through our intake doors, you could tell there was just something special about him. Besides his cuteness and unconditional loving eyes, he was such a fun and outgoing puppy. Full of personality. An eagerness to learn. Plus a never-ending uncontrollable urge to untie every shoelace he came in contact with. He loved running and playing. He loved snuggling. He loved belly rubs. He also loved his stuffed football that squeaked. Barry really had that star quality about him. From day one, the staff at NHA knew he was an outstanding puppy. Besides being cute, he was very playful and very curious about his surroundings. Oh Barry. Just a 100% super friendly puppy who could not understand if someone walked by and didn’t pet him. During the Puppy Bowl taping, while walking the streets of NYC, everyone he saw – Barry would give them the look: “I know you want to pet me.” And guess what? They did! When people met Barry they all said the same three letters: O M G.
Barry, now named Tucker, has been adopted. Tucker’s happily living in a lake house with his Mom, Dad and older four-legged brother, Buddy, who, by the way, is his best friends and new partner in untying shoelace crime. The whole family is looking forward to watch their “Barry” on Animal Planet February 4th. As well as everyone at Nashville Humane Association. GO BARRY – You will always be a champion in our hearts.

Barry, along with 90 adoptable puppies from 48 shelters and rescues across the country, go paw to paw and nose to nose for the in the ultimate match up between “Team Ruff” vs. “Team Fluff.”

For the last 13 years, Animal Planet’s PUPPY BOWL has owned the world’s cutest sporting event on television. Every Super Bowl Sunday, two teams of the fluffiest and cuddliest line barkers and wide retrievers take to the gridiron for a playful game of terrier touchdown, puppy penalties and furry fumbles. Representing rescues and shelters from across the country, these adoptable four-legged players that make up #TeamRuff and #TeamFluff are serious when it comes to winning the Most Valuable Puppy title and more importantly…their furever homes.

About Nashville Humane Association
Nashville Humane Association (NHA) is committed to finding responsible homes, controlling pet overpopulation and promoting the humane treatment of animals. Incorporated in 1946 to protect the well-being of animals in Davidson County, NHA is one of the oldest service organizations in Nashville. The roots of NHA can be traced back to a society founded in 1887 to protect children from inhumane working conditions and draft horses from mistreatment.
Learn more about our mission at www.nashvillehumane.org
Find us on Facebook via @NashvilleHumaneAssociation and Twitter & Instagram via @NashvilleHumane

About Animal Planet
Animal Planet, a multi-media business unit of Discovery Communications, is the network of hit franchise series and special programming dedicated to animals and the natural world that includes RIVER MONSTERS, DR. JEFF: ROCKY MOUNTAIN VET, PIT BULLS & PAROLEES,TANKED, TREEHOUSE MASTERS, THE VET LIFE and PUPPY BOWL, the largest non-sports TV event on Super Bowl Sunday. Animal Planet is the premiere TV, digital and social community for all things animal, providing immersive, engaging, high-quality content across all Animal Planet platforms including: Animal Planet television network, available in more than 90 million homes in the U.S., that is complimented with a deep Video On Demand offering; online assetswww.animalplanet.com, the ultimate online destination for animal lovers and pet owners; the Animal Planet Go app that allows viewers to catch up on full episodes of their favorite shows anytime anywhere; Animal Planet L!VE, the go-to digital destination for round-the-clock, unfiltered access via live cameras around the globe in a variety of animal habitats; Animal Planet Social including Facebook, Twitter and Instagram via @AnimalPlanet and on Snapchat as AnimalPlanetTV.