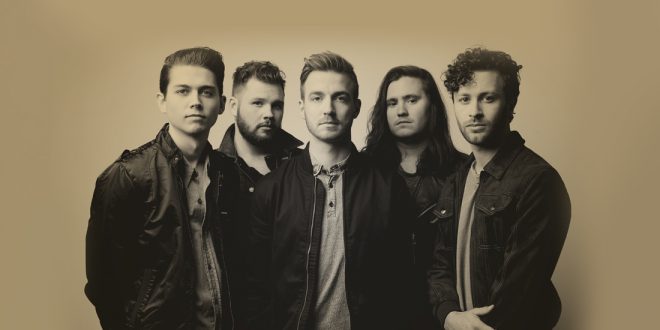 LANCO’S “BORN TO LOVE YOU” DROPS ON COUNTRY RADIO TODAY

Building on the momentum started with the multi-week PLATINUM No. One, “Greatest Love Story,” Sony Music Nashville’s buzz band LANCO releases their new single “Born To Love You” to Country radio today. Produced by Jay Joyce and written by lead singer Brandon Lancaster, Ross Copperman, Ashley Gorley and Josh Osborne, the unconventional track is the next taste of new music off their debut release, HALLELUJAH NIGHTS available January 19th. “Born To Love You” continues the through line found across the record, as the “infectious love song” (American Songwriter) opens the sequence and immediately “puts the focus on anthems, the band’s specialty,” (Rolling Stone). HALLELUJAH NIGHTS is now available for pre-order and digital pre-save on LANCOMusic.com and at all retailers. With the digital pre-order, fans receive instant downloads of five songs from the upcoming album including “Born to Love You.”
“‘Born To Love You’ tells another piece of LANCO’s story…who we all are, the small towns we came from and the search for what the world has to offer,” said lead singer Brandon Lancaster. “This song brings together those early experiences with finding that person who makes it all matter…the person that you were born to love. We spent a couple of weeks writing this one, and in the studio, we got to explore a lot of different sounds on it.”
Rooted in the southern storytelling of Country music with the modern punch of rock & roll, HALLELUJAH NIGHTS (Arista Nashville) is LANCO’s coming-of-age debut album. Equal parts nostalgic and forward-thinking, the record breathes new life into universal themes. LANCO’s story begins in the small towns where all five bandmates — Lancaster, bassist Chandler Baldwin, multi-instrumentalist Jared Hampton, drummer Tripp Howell and lead guitarist Eric Steedly — were raised. Spread across Tennessee, Kentucky and Georgia, they lived normal lives full of late nights, long weekends, hard lessons and young love. After they crossed paths in Nashville during their early 20s, LANCO bonded over that shared southern adolescence, while hoping to build a new life in a bigger city. For more information on LANCO and upcoming tour dates, visit www.LANCOMusic.com.