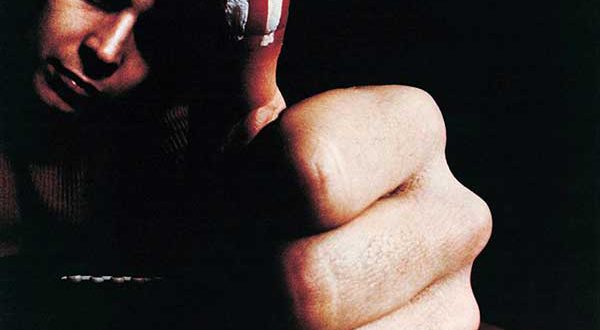 DON MCLEAN TO HAVE RARE, NEVER BEFORE SEEN COMPOSITION MANUSCRIPT OF THE SONG “VINCENT” (STARRY, STARRY NIGHT) AND OTHER ITEMS ON DISPLAY IN COUNTRY MUSIC HALL OF FAME® AND MUSEUM’S LONG-RUNNING, PERMANENT EXHIBITION SING ME BACK HOME BEGINNING JANUARY 12, 2018
The Museum’s Permanent Exhibition is Frequently Updated to Offer a Glimpse of Massive 2.5 Million Artifact Collection and Provide a Closer Look at Country Music History

The Country Music Hall of Fame® and Museum will feature items on display from award-winning singer-songwriter Don McLean in its long-running, permanent exhibition Sing Me Back Home: A Journey Through Country Music beginning January 12, 2018. Rotated often, these short-term, informal displays provide a closer look at a particular person or special anniversaries in country music’s history.
“Alan Stoker, Curator of Recorded Sound Collections at the Country Music Hall of Fame, is the son of my friend Gordon Stoker who founded The Jordanaires and who I recorded with for many years,” says McLean. “I have so many long-term and beautiful associations with musicians and music business professionals who have loved me and my music for decades. As a strange musical hybrid of some kind, I was always welcome in Nashville without reservation. I would like to add whatever I can to the storied past of country music as a musical representative of Americana.”
Artifacts on loan to the museum include:
Items on display in the museum’s long-time, permanent exhibition, Sing Me Back Home, are updated frequently. By regularly rotating displays, the museum offers a glimpse into its unique collection of over 2.5 million artifacts, which includes recorded discs; historical photographs; films and videotapes; thousands of posters; books; songbooks; periodicals and sheet music; personal artifacts such as performers’ instruments, costumes and accessories; and more. Recent rotating displays in Sing Me Back Home have featured John Anderson, Bob Moore, Ray Stevens and Keith Whitley.
About Don McLean:
A New York native, Don McLean is one of the most revered and respected songwriters in American history. After paying his dues in the New York club scene in the late ‘60s, he went on to score mega-hits like “American Pie,” “Vincent (Starry, Starry Night),” “Castles in the Air” and many more. In 2004, McLean was inducted into the Songwriters Hall of Fame by country superstar Garth Brooks. “American Pie” has brought great happiness and hope to millions of people through the years and continues to be honored for its success. In 2000, the song was named one of the Top 5 Songs of the 20th Century by the RIAA and in 2002 was inducted into the Grammy Hall of Fame. 2017 brought a huge honor when the iconic song was inducted into the Library of Congress’ National Recording Registry, joining less than 500 works including “Somewhere Over the Rainbow,” classical music compositions, infamous live broadcasts and similar recordings. McLean continues to tour both North America and abroad bringing a mix of his classic hits with an array of new works, some of which will be released in 2018.
About The Country Music Hall of Fame® and Museum: The Country Music Hall of Fame® and Museum collects, preserves, and interprets country music and its history for the education and entertainment of diverse audiences. In exhibits, publications, and educational programs, the museum explores the cultural importance and enduring beauty of the art form. The museum is operated by the Country Music Foundation, a not-for-profit 501(c)(3) educational organization chartered by the state of Tennessee in 1964. The museum is accredited by the American Alliance of Museums, and since 2015 has welcomed over one million patrons each year, placing it among the most visited museums in the U.S. The Country Music Foundation operates Historic RCA Studio BTM, Hatch Show Print® poster shop, CMF Records, the Frist Library and Archive, and CMF Press. Museum programs are supported by Metropolitan Nashville Arts Commission, Tennessee Arts Commission, and the National Endowment for the Arts.
More information about the Country Music Hall of Fame® and Museum is available at www.countrymusichalloffame.org or by calling (615) 416-2001.