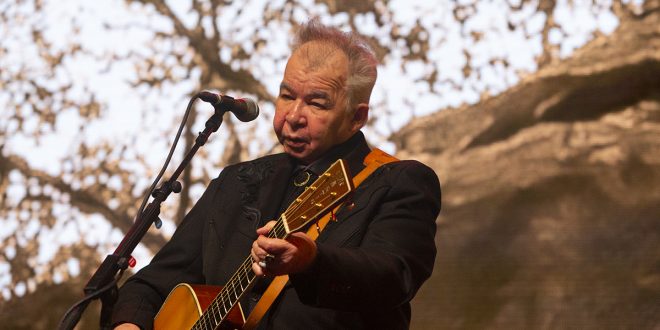 Prine Family Announces “You Got Gold: Celebrating the Life & Songs of John Prine”

UPDATE: These 2021 events have been rescheduled to October 2022. Tickets on sale.

The Prine Family has announced “You Got Gold: Celebrating the Life & Songs of John Prine” with a series of special concerts and events held across various venues in Nashville October 8-12, 2022. The weeklong celebration will include tribute concerts at The Ryman Auditorium (October 9-10) , CMA Theater at The Country Music Hall of Fame and Museum (October 8) and the Basement East (October 12) and will culminate on October 10—what would have been John’s 75th birthday.

Each of these shows will include a unique surprise line-up of friends performing and celebrating the legendary singer, songwriter and performer’s inimitable life and songs. Tickets for these four shows are on sale now.  Additional “You Got Gold” events will be announced.

All proceeds from the week will benefit the newly created 501c3, The Hello In There Foundation. The Prine family established the foundation to honor John’s memory. The work of the foundation will be inspired and guided by John’s simple song title, “Hello In There” and will aim to identify and collaborate with individuals and communities where people are marginalized, discriminated against or, for any reason, are otherwise forgotten. The foundation is pleased to share this year’s grant recipients are Nashville based non-profits Room In The Inn and Thistle Farms.

Additionally, on October 8, Oh Boy Records will release a new tribute record, Broken Hearts and Dirty Windows: Songs of John Prine, Vol. 2 (pre-order here). Each month ahead of the release, Oh Boy will unveil a new artist and song that is featured on the record, including the first two installments: “Paradise” performed by Sturgill Simpson and “I Remember Everything” performed by Brandi Carlile.

Moreover this year, Prine’s Oh Boy Records is celebrating its 40th anniversary. The country’s second oldest artist-owned independent label and the oldest in Nashville, Oh Boy was founded in 1981 by Prine and his longtime manager Al Bunetta and has since gone on to release more than fifty audio and video recordings while continuing to be a vital part of Nashville’s independent music community. To commemorate the milestone, Oh Boy will roll out several special releases this year including a new documentary series, “Big Old Goofy World: The Story of Oh Boy Records,” which chronicles the label’s rich history and legacy. Directed by Joshua Britt and Neilson Hubbard, the first installment of the series can be viewed HERE.

Prine is a four-time Grammy-winner, a Grammy Lifetime Achievement Award honoree, a seven-time Americana Music Award-winner, a PEN New England Lyrics Award recipient and member of both the Songwriters Hall of Fame and the Nashville Songwriters Hall of Fame. Since his debut in 1971, Prine released over eighteen albums and has had his songs recorded by Johnny Cash, Carly Simon, Bette Midler, Bonnie Raitt, Norah Jones, George Strait, Miranda Lambert, Zac Brown Band and many others, while drawing effusive praise from Bob Dylan, Kris Kristofferson, Bonnie Raitt, Roger Waters, Tom Petty, Bruce Springsteen and more, who knew him as a smiling, shuffling force for good.

Music editor for Nashville.com. Jerry Holthouse is a content writer, songwriter and a graphic designer. He owns and runs Holthouse Creative, a full service creative agency. He is an avid outdoorsman and a lover of everything music. You can contact him at JerryHolthouse@Nashville.com
Previous Greta Van Fleet Making A Stop In Franklin On Limited Tour
Next Breland Set For First Headlining Tour