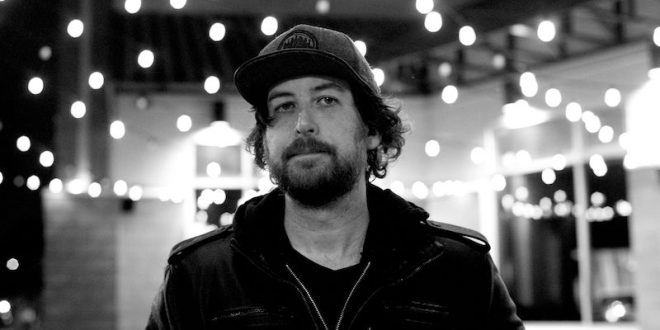 Nashville singer/songwriter Bern Kelly is premiering his brand new single “Garden City” right here on Nashville.com (listen above.) It’s the title track from Kelly’s new acoustic album and a heartfelt portrait of a working homeless couple struggling to hold on to their dignity and a sense of home in a culture that often treats the unhoused as less than human. Kelly was inspired to write the song after seeing a bunch of yard signs in a wealthy part of West Nashville calling for a local park to be saved from a homeless encampment.

“It really bothered me,” Kelly says. “They were talking about saving a patch of grass, but not about the human beings they were supposedly saving it from, or what was going on in their lives. Those are people. They’re our neighbors, they have lives and stories just like every other human being does, and they deserve better. The whole thing was upsetting to me, and I wanted to touch on it in a song.”

Garden City record release show is at Star Rover Sound here in Nashville on Friday Dec 16th at 8pm with support from Larissia Murphy and there’s no cover. 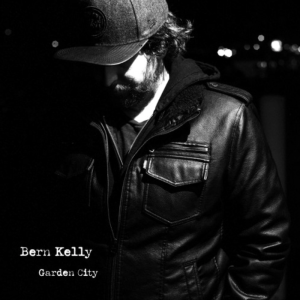 After going to school in Pennsylvania, Kelly moved to New York in 2006 before settling in Nashville in 2008, drawn to the city’s supportive community of like-minded songwriters. “In New York, when you’re in a band, there’s a competitive vibe of trying to outdo everybody,” Kelly says. “Coming down to Nashville, I learned real fast that everybody here just helps each other out. We play on each other’s records, lend each other guitars, tour in our different bands, and no one thinks twice about it.”

Garden City, a stripped-down acoustic album, is both a departure from his earlier work’s carefully arranged, densely layered indie rock and a distillation of his diverse musical influences. Kelly’s switch to exclusively using acoustic guitars on Garden City creates a sonic landscape with ample space, making room for his wistful, entrancing vocals and alternately wry and sincere lyrics.

Garden City finds longtime Nashville resident Kelly is embracing his hometown in ways he’d previously shied away from. “When I first moved here,” Kelly says, “I thought, ‘The last thing this town needs is another white guy with an acoustic guitar.’ But I figured if I was gonna jump into the Americana scene, I was at least gonna get a cool hat.”

Kelly eventually went for it, immersing himself in the Nashville scene, and as he did, he began to more fully appreciate the unadorned power of a singer-songwriter alone on stage with nothing but their voice, a guitar and a well-written song. But he wasn’t quite ready to hang up his electric just yet.

Garden City is Kelly’s response to the process of recording his lushly produced 2021 album, Fantastic Stories! “I got weird on that album,” Kelly says. “On each track, I kept adding, rearranging and layering.” The result was an intricate indie masterpiece—a tapestry of shimmering sonic textures intertwined with dynamic arrangements. But after diving headfirst into the minutiae of arranging and mixing Fantastic Stories!, Kelly found himself craving simplicity.

“I came across a recent acoustic record from Adrianne Lenker of Big Thief, songs, and it felt like a breath of fresh air,” Kelly says. “It was a freeing possibility compared to the complexities of navigating pre-production, figuring out who’s going to play what when, deciding on band arrangements and spending hours engineering and mixing.”

The songs on Garden City—written, recorded and produced by Kelly at his home studio in Nashville—cover wide-ranging and often dark subject matter. The album’s title track meditates on the inhumane way society talks about and treats people who are homeless. “I liked our campsite but the city made us move / The man says we can’t have the rich folks seeing you on their way home,” Kelly whisper-sings, narrating the story of a homeless couple struggling to make ends meet in a world that has stripped them of their humanity.

Garden City will be released to all major streaming platforms Nov. 18 via Underpass Records. Limited-edition white vinyl will also be ready by the first quarter of 2023, and is available for pre-order at bernkelly.com.

Music editor for Nashville.com. Jerry Holthouse is a content writer, songwriter and a graphic designer. He owns and runs Holthouse Creative, a full service creative agency. He is an avid outdoorsman and a lover of everything music. You can contact him at JerryHolthouse@Nashville.com
Previous WATCH: Nicolle Galyon’s “Five Year Plan”
Next Outlaws Donate $25,000 To MusiCares