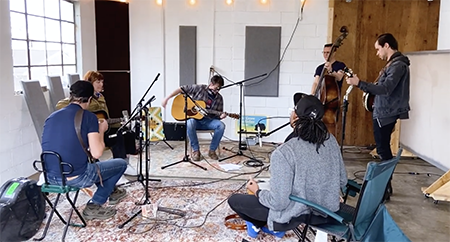 Old Crow Medicine Show has released a new track entitled “Nashville Rising” along with an accompanying video (above). The song drops exactly one month after eight deadly tornados ravaged through the state of Tennessee. Proceeds from the song will directly benefit The Community Foundation of Middle Tennessee’s Emergency Response Fund. The video was edited by filmmaker Julia Golonka and illustrates devastation and dedicated volunteers in action.

The Middle Tennessee community was hit hard, and then harder – first by the March 3rd tornados, then followed immediately by the effects of the worldwide COVID-19 pandemic. Old Crow’s Ketch Secor spent the early hours of Super Tuesday, huddled in a crawl space with his two kids, not realizing until the next morning the devastation that had occurred only a couple blocks away. 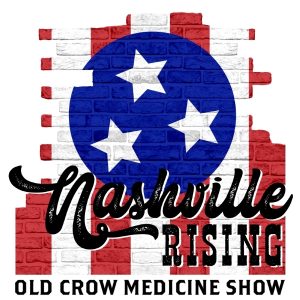 Says Secor, “I love Nashville. I moved here right after the last tornado that really tore through this town and never thought we’d see another. I know most of us never thought we’d see anything like what this last month has been, whether in Music City or elsewhere around the world. These are the dark times where music can really light the way, the times of immeasurable hardship where music can soothe a troubled soul. I wrote ‘Nashville Rising’ in the hopes that positivity, perseverance, and people power will be just as contagious as COVID-19.”

In a city built on music, the instinct for Nashvillians is to help their neighbors through live music. While a handful of benefit concerts were miraculously performed within days, most upcoming relief efforts have been temporarily stalled. The same musicians who reached out a hand to help are now experiencing the serious financial effects of not being able to tour. “Nashville Rising” is a love song to the Nashville community, an anthem of perseverance, and rising together.

Music editor for Nashville.com. Jerry Holthouse is a content writer, songwriter and a graphic designer. He owns and runs Holthouse Creative, a full service creative agency. He is an avid outdoorsman and a lover of everything music. You can contact him at JerryHolthouse@Nashville.com
Previous WATCH: Andrew Bird’s “Capital Crimes”
Next EXCLUSIVE PREMIERE: Campbell Harrison’s “The River”