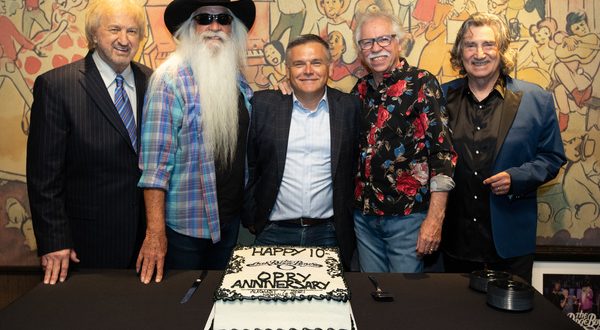 The Oak Ridge Boys, made up of Duane Allen, Joe Bonsall, William Lee Golden, and Richard Sterban, were invited to become Opry members by the legendary Jimmy Dickens in 2011 in one of the Opry’s more memorable member invitations. Dickens surprised the group by walking on stage dressed as a 4’11” William Lee Golden, including long beard and sunglasses. Dickens returned on August 6, 2011, to officially induct The Oak Ridge Boys into the Opry family.

Music editor for Nashville.com. Jerry Holthouse is a content writer, songwriter and a graphic designer. He owns and runs Holthouse Creative, a full service creative agency. He is an avid outdoorsman and a lover of everything music. You can contact him at JerryHolthouse@Nashville.com
Previous LISTEN: Braison Cyrus’ “Black Water” Featuring Steve Earle
Next WATCH: Brian Kelley’s Cinematic “Boat Names”