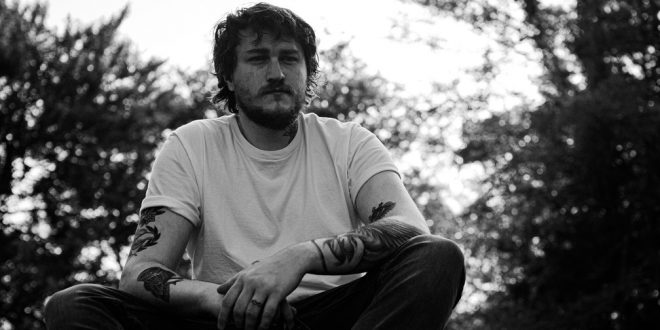 As Cyrus reveals, the song’s smoldering grooves and jittery guitar riffs emerged in the depths of a brutal heat wave that had overtaken Nashville. “At the time my drummer Blair and I were at my home studio, and we’d just read a story about road rage going up during the heatwave and people getting out of their cars and shooting each other,” he says. “It turned into a song that had this sort of backwoods creepiness to it, which made me think of ‘Copperhead Road’ by Steve Earle. We got in touch with Steve and played ‘Black Water’ for him, and he recorded his part at [historic New York City spot] Electric Lady Studios. Getting him on the song really grounded it and solidified the whole mood we were going for.”

Produced by Austin Jenkins and Jordan Reed, featuring appearances from Earle and Ben Cramer of Old Sea Brigade, Javelina came to life at the iconic Castle Recording Studios in Franklin, Tennessee. In shaping the album’s arrangements, Cyrus worked closely with his bandmates Blair Winters (on drums) and Grant Winters (on bass), introducing such elements as strings and pedal steel and Hammond B3 organ while preserving the raw authenticity of his demos. “To me, it’s really important to let my band have a lot of creative control,” says Cyrus. “I wanted everyone to go in and do their own thing, and bring their own vision to everything we created.”

Growing up in Nashville, Cyrus first started making music on his own as a teenager, and soon began mining inspiration from the deeply introspective songwriting of artists like Conor Oberst and My Morning Jacket’s Jim James. After spending some time in Los Angeles, he returned to his hometown and had a major creative breakthrough with a piece he’d written solely for the sake of catharsis. “I’d gone through a breakup and sat down at my little electronic keyboard and very quickly wrote a song, then recorded it as a voice memo on my phone,” says Cyrus. “I sent it to my brother and sister and asked if they liked it, and they both texted me back right away like, ‘Whoa, did you write that?’” Within a week, Cyrus had penned his debut single “I’ll Never Leave You,” a sweetly cascading folk track that premiered to much acclaim in late 2018. As he began assembling the batch of songs that would eventually comprise Javelina, he further developed his lyrical voice by bringing an extraordinary attention to detail to each composition. “Once I get started on a song, I’ll write ten or so verses and then whittle it down to the best of what I’ve come up with,” Cyrus notes.

In creating Javelina, Cyrus matched that precision with the pure spontaneity that fuels his collaboration with his bandmates. “In a way making this album was like watching these songs grow up, and a lot of that has to do with my band keeping me focused but also relaxed and in good spirits,” he says. “We’d usually get started very late in the day and work till about four the next morning, and whenever we weren’t recording we’d head out to the cobblestone driveway in front of the Castle and just hang out together. All the good energy from outside carried over into the studio, and I think you can really feel that in all these songs.”

Music editor for Nashville.com. Jerry Holthouse is a content writer, songwriter and a graphic designer. He owns and runs Holthouse Creative, a full service creative agency. He is an avid outdoorsman and a lover of everything music. You can contact him at JerryHolthouse@Nashville.com
Previous Bonnaroo 2021 Health & Safety Entry Requirements
Next Oak Ridge Boys Celebrate 10th Opry Anniversary