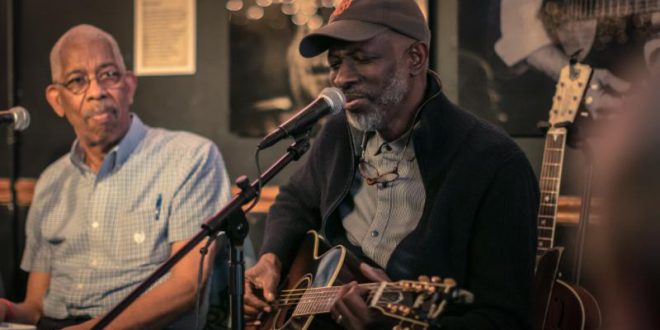 The third night of the 26th Annual Tin Pan South Songwriters Festival Presented by Regions Bank saw sellouts all across the city including the much-anticipated Hitmen of Music Row show at 3rd & Lindsley, Jerrod Niemann and friends at SOUTH and Liz Rose, Emily Shackelton, Alyssa Micaela and Femke at Douglas Corner Cafe.

Bob DiPiero, Tony Mullins, Jeffrey Steele and Craig Wiseman gathered as The Hitmen of Music Row for the first time in 10 years at the 3rd & Lindsley late show. They picked up right where they left off with the kind of chemistry that can only come from close friendships and musical bonds.

Produced by Nashville Songwriters Association International (NSAI), the 26th Annual Tin Pan South Songwriters Festival Presented by Regions Bank runs through tomorrow, April 7, 2018 at 10 of Nashville’s top music venues. Cash admission ranging from $10 to $25 for individual shows not already at the posted capacity will be an option at most venues.

The free Tin Pan South Festival App is currently available in the iOS and Android app stores or at TinPanSouth.com. For up-to-date lineups, tickets, venues, schedules and other festival information, download the Festival App or visit tinpansouth.com. Updates can also be found on the Tin Pan South Facebook page, Twitter and Instagram.