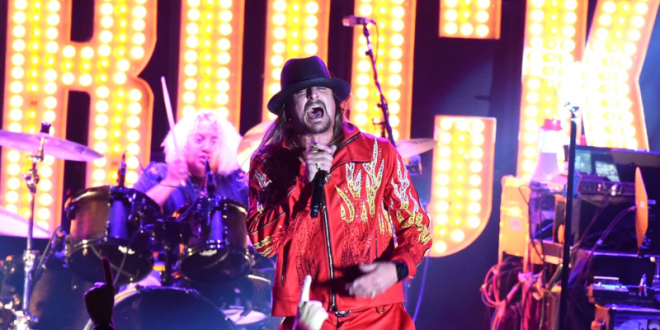 On the heels of wrapping his AMERICAN ROCK ‘N ROLL TOUR, which Taste of Country lauded “one of Kid Rock’s best tours to date and perhaps one of the best live shows in music today,” the showman will continue to deliver his high-energy, one-of-a-kind live show experience to fans coast-to-coast, cementing his status as one of today’s most exciting performers. The tour will showcase songs from Kid Rock’s blockbuster new album Sweet Southern Sugar (11/3), which has spent 13 weeks inside the Top 10 of the Country Album Sales Chart.

Additionally, as first reported by Billboard.com, tonight (4/6), Kid Rock will join the WWE Hall of Fame’s Celebrity Wing as a member of the Class of 2018. He’ll be inducted in New Orleans during WrestleMania 34 Week in The Big Easy.