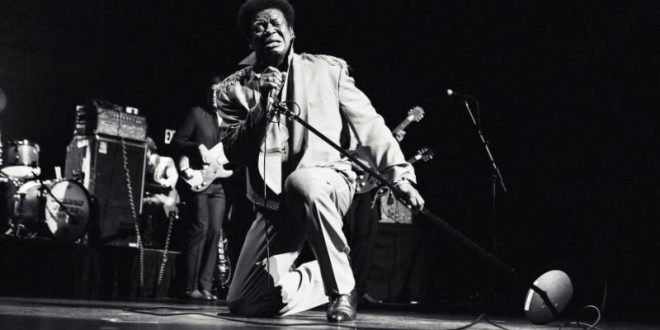 Black Velvet is the fourth and final album from the late, great soul singer Charles Bradley . Out November 9 via Daptone imprint Dunham Records, the 10-track album is a celebration of the life of the singer who would have turned 70th that same week and was lovingly assembled by his friends and family. Black Velvet is no anthology, greatest hits or other shallow rehashing of the songs that already made him famous. Rather, this album is a profound exploration through the less-travelled corners of the soulful universe that Charles and his longtime producer, co-writer and friend Tommy “TNT” Brenneck created in the studio together over their decade-long partnership. Hear the latest single from the album, “Can’t Fight The Feeling” above.

Charles was truly a transcendent singer who led a remarkable life, overcoming unimaginable adversity to achieve great success and international acclaim very late in his life. What was really special about him and made him different from everybody else in the world was how he understood his pain as a cry for universal love and humanity. He felt that if he loved enough–if we all loved each other enough-we could take away the world’s pain and sadness. That is why he jumped off the stage and literally tried to hug everybody he could. It’s why he took such great care of a mother that had abandoned him. It’s why he sang and danced like a lunatic. It’s why he screamed like an eagle. And that’s why we love him.

On September 23rd, 2017, Charles Edward Bradley passed away from cancer, surrounded by his family, friends and bandmates. Black Velvet is a celebration of his life, and is destined to join Charles’ first three albums alongside the cannon of essential soul records for the ages.

Music editor for Nashville.com. Jerry Holthouse is a content writer, songwriter and a graphic designer. He owns and runs Holthouse Creative, a full service creative agency. He is an avid outdoorsman and a lover of everything music. You can contact him at JerryHolthouse@Nashville.com
Previous Rodney Crowell To Release First Ever Christmas Album
Next The Swon Brothers Release “Midnight Lovers”