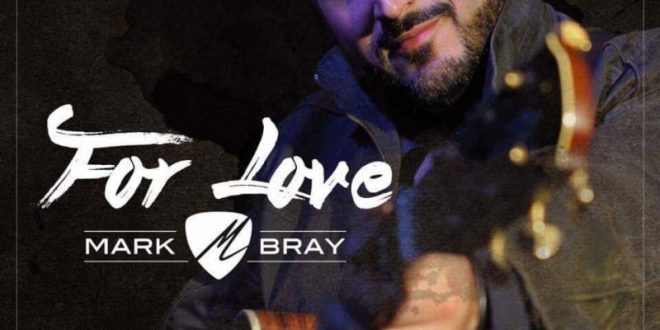 New country artist Mark Bray finds the common ground with everyone and draws each fan in with the release of his debut single, For Love. This single follows the success of signing with Bar Frog Music for label representation. Previously signed artists to Bar Frog Music include Amber Hayes, Bailey James, Nick Hickman, Tony McKee, and duo Williams Honor.

This single is officially released to country radio and is available for download on iTunes and all digital platforms.

This upbeat song, which was composed by Rusty Tabor (Billy Ray Cyrus) and Cole Deggs (Kenny Chesney, Chris Janson, Gary Allan, Tracy Byrd, Andy Griggs), is the first release off Bray’s album, which will be released later this year. He is gearing up to visit radio stations in New York next week in support of the song.

About Mark Bray: This South Florida native always had music instilled in his blood. They say it takes only one moment for someone to become hooked and know that making music is their dream, and for Mark, it was watching the 1994 television special featuring Garth Brooks. Motivated by his passion for music and his love of performing, he was influenced by many different styles of music – the pop hits of the day through his mother, 70’s singer/songwriters via his father and the rock-n-roll hits of the 80s and 90s that he first heard being sung by his siblings. With an eclectic range of musical influences ranging from Garth Brooks to Billy Joel, James Taylor and Jimmy Buffet, he describes his style of music as 90s country with a modern feel. “There’s nothing better when I’m on stage performing and seeing how the crowd is reacting. It’s a matter of me being happy with my performance, but I want that one person who has never seen me before come up and say ‘Man, you’re the guy.’ If one person does that, then I’ve done my job.” With Bray’s creative soul, compelling charm and driven work ethic that won’t let him slow down, it looks like he is on the right path to becoming a household name.

Previous Interview: Lucas Hoge Releases his new Album, Dirty South, TODAY!
Next The Grascals Explore Dark Side Of Love With New Single, “Sleepin’ With The Reaper”