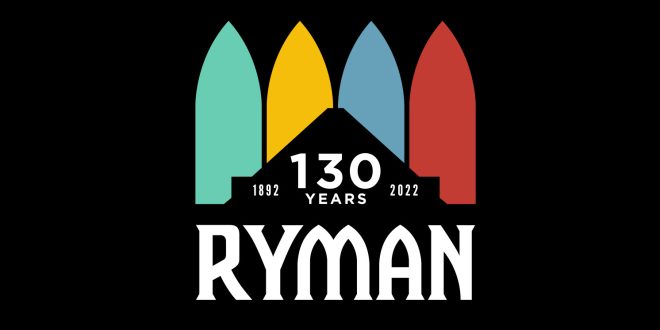 In a Metro Nashville City Council meeting scheduled for tomorrow night, District 19 Council Member Freddie O’Connell will read a resolution recognizing Ryman Auditorium, the Mother Church of Country Music, and its 130 years as Music City’s most famous and respected concert venue, attracting hundreds of thousands of visitors to Nashville each year. The resolution states, “The venue is most famous for being a home for country music…its legacy has been defined by showcasing one of the most expansive lists of diverse performers ranging from jazz, pop and bluegrass to rock and roll, classical, and hip hop. From its very beginning, the Ryman has been a stage to just about every type of music and every type of performer.”

Since the first concert held on May 4, 1892, the Ryman has welcomed an array of entertainment acts and all genres of music on its hallowed stage – from magician Harry Houdini to comic actor Charlie Chaplin and former president Theodore Roosevelt to civil rights leader Martin Luther King Jr., plus music icons from all genres including Johnny Cash, Patsy Cline, B.B. King, Sheryl Crow, Garth Brooks, Lizzo and Harry Styles.

“The Ryman is the crown jewel of Nashville, and we are so excited to celebrate 130 years of Music City’s most famous concert venue,” says Council Member O’Connell. “Whether you are a country music superstar or an up-and-coming artist, music lover or history buff, out-of-towner or Nashvillian, the Ryman is for everyone.”

“As the stewards of this magnificent historical landmark, we have the unique privilege of sharing its 130-year legacy with guests from all over the world,” says Colin Reed, chairman and chief executive officer of Ryman Auditorium’s parent company, Ryman Hospitality Properties. “We are thankful that the City of Nashville has chosen to recognize this tremendous milestone and look forward to continuing our commitment to celebrating and sharing the Ryman with our community.”

Adding to the celebration in Nashville, the Ryman today announced its annual Ryman Community Day will take place Sunday, May 29, a day when Tennessee residents are invited to experience the Ryman’s daytime tour experience free of charge. Presented by PNC Bank and supporting partners Farm Bureau Health Plan, Mid-South Ford Dealers, Hiller and Kroger, complimentary self-guided tours will be available from 9 a.m. until 4 p.m. with presentation of a valid Tennessee state ID at the Ryman box office.

Throughout 2022, the Ryman will continue celebrating 130 years of its storied history with more concerts and residencies than ever before, new daytime tour experiences, community events, giveaways and more.

Music editor for Nashville.com. Jerry Holthouse is a content writer, songwriter and a graphic designer. He owns and runs Holthouse Creative, a full service creative agency. He is an avid outdoorsman and a lover of everything music. You can contact him at JerryHolthouse@Nashville.com
Previous LISTEN: Bonner Black’s “Light Me Up”
Next LISTEN: Randy Houser’s “Still That Cowboy”