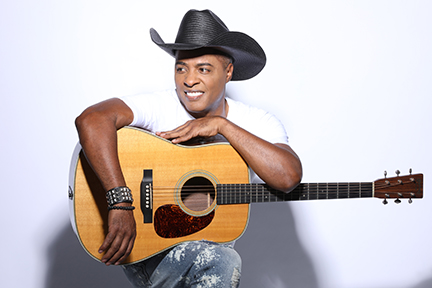 Nashville.com is proud to premiere rising star, singer/songwriter Carl Ray’s latest single, “I Can See Clearly Now” and it’s not just another cover song. It’s a monster hit recorded and made famous by his friend and mentor Johnny Nash in 1972. While living, Nash and Ray agreed they would some day record a record together. Turning back the hands of time to fulfill his promise to Nash, Ray found the inspiration to pay homage to his musical hero and mentor after Nash passed away in 2020 and while witnessing the hardships the world has faced over the last year. This upbeat version of this classic is a true masterpiece. Ray delicately weaves new life into the story-line laced with Ray’s tenor appeal who has been often compared to Nash.

“Johnny Nash is an American treasure. Nash was a great father, son, and husband. I was privileged to have this legend open up the treasure chest of his heart to me,” shares Carl Ray. He was a friend, mentor, and big brother and sometimes a pain in the butt. We sang in church together, we prayed for this country together, went hunting, fishing and often sang underneath the Texas stars. Nash even taught me how to write songs and more importantly, how to ride a horse! I hope this tribute makes him proud, as I know he is listening from above.”

“I Can See Clearly Now” achieved success in the United States and the United Kingdom when it was released in 1972, reaching number one on the U.S. Billboard Hot 100 and Cash Box charts. It also reached number one in Canada and South Africa.

Guided by Johnny Nash, Carl Ray has been performing and writing songs for years and Ray puts even more heart into this song as a way to thank his mentor and the person who helped him get his start in music. Ray has a unique experience of being not only a country music entertainer, but he also co-hosts Atlanta Live with his wife, Gail Williams. He has released multiple singles including “I Stand With This Country” which was released in 2020 and went to #1 in Cash Box 2021.

“I Can See Clearly Now” is available to download https://smarturl.it/CarlRay.

Music editor for Nashville.com. Jerry Holthouse is a content writer, songwriter and a graphic designer. He owns and runs Holthouse Creative, a full service creative agency. He is an avid outdoorsman and a lover of everything music. You can contact him at JerryHolthouse@Nashville.com
Previous Americanafest Set For Sept. 22-25
Next Chris Stapleton At #1 With “Starting Over”