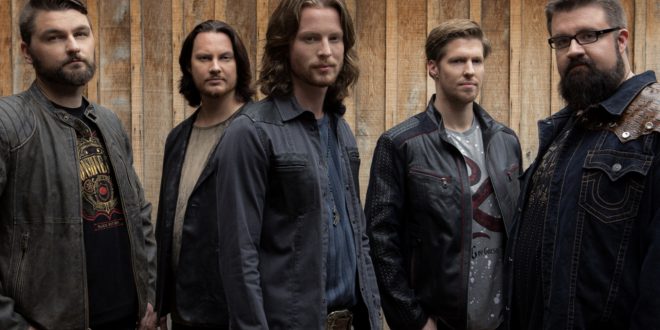 Just in time for the 4th of July, all-vocal Country entertainers Home Free have teamed up with GRAMMY-winning icon Lee Greenwood and The United States Air Force Band for a soulful rendition of Greenwood’s “God Bless the U.S.A.” Watch above.

With years of covering the patriotic smash under their belts, Home Free was looking to elevate their traditional arrangement of “God Bless the U.S.A.” to new heights, and they did just that. By joining together across the nation with Greenwood and The United States Air Force Band’s official chorus – The Singing Sergeants, this new rendition of the timeless tune not only showcases over a dozen voices, but also serves as The United States Air Force Band’s very first collaborative release.

“Being able to sing a song that has inspired our nation for years is such an honor,” says Home Free’s Austin Brown. “And then you add in the fact that we were able to do it not only with the original artist, but also The United States Air Force Band – such an incredible experience! I just hope it shines a little light into people’s days, like it has in mine.”

“How wonderful to sing with Home Free – such artistic singers,” shares Greenwood. “I’ve never before enjoyed such freedom to be able to sing ‘God Bless the U.S.A.’ – like you’ve never heard it. Thank you as well for the fantastic singers from The United States Air Force. They can really sing! Happy Independence Day, America.”

Home Free, Greenwood and The United States Air Force Band hope to have the opportunity to perform their special rendition soon.

Music editor for Nashville.com. Jerry Holthouse is a content writer, songwriter and a graphic designer. He owns and runs Holthouse Creative, a full service creative agency. He is an avid outdoorsman and a lover of everything music. You can contact him at JerryHolthouse@Nashville.com
Previous SixForty1 Releases “Forget Those Heels”
Next T.J. Martell Foundation Presents First-ever Sunshine Award