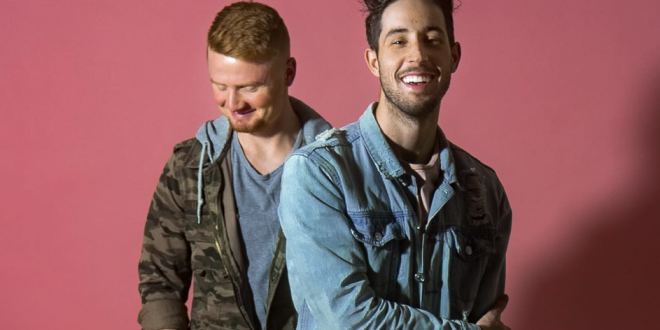 The quickly rising pop-country duo SixForty1 will release their newest single “Forget Those Heels ” this Friday, July 3. Watch the acoustic version above. “This song was a no brainer when considering songs for our EP. It taps into the intimate sides of our lives that we wanted to share with our fans,” says SixForty1. The new song follows the release of “Somebody’s Gonna ” earlier this year .
SixForty1 have received nearly 7 million streams and have been featured on major Spotify playlists. The duo (Brooks Hoffman and Austin Gee) are bringing people together in a big way. They originally formed when the two met at Murray State, in Kentucky. Since then, the goal of the band was to bring people together, through their music, as does highway 641, the band’s namesake.
Since making the move to Nashville in 2018, they have managed to create quite a buzz. The two have unique and inimitable songwriting chemistry and a knack for catchy and clever musical phrasing.
The group has found early success and fandom, attracting Aaron Tannenbaum, CAA booking agent powerhouse who is also responsible for Luke Combs, Martina McBride, Brantley Gilbert, and Brett Young. The group also turned the head of manager Aaron Keiser at Morris Higham Management; a Nashville based management company representing artists Brandon Lay, Brantley Gilbert, Carly Pearce, Kenny Chesney, Michael Ray, and Old Dominion. Since Tannenbaum and Keiser came on board, SixForty1 has toured with several acts including Brantley Gilbert, Michael Ray, Walker Hayes, and Muscadine Bloodline, while also making appearances at Brantley Gilbert’s first and second annual Kick It In The Ship cruise.

Music editor for Nashville.com. Jerry Holthouse is a content writer, songwriter and a graphic designer. He owns and runs Holthouse Creative, a full service creative agency. He is an avid outdoorsman and a lover of everything music. You can contact him at JerryHolthouse@Nashville.com
Previous Gabby Barrett Makes History With “Goldmine”
Next Moving New Version Of “God Bless the U.S.A.”