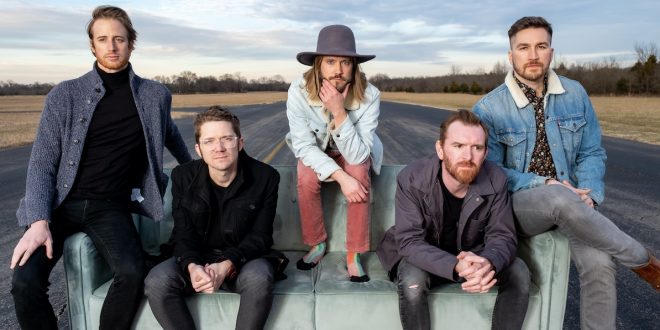 Today, Nashville-based alt-rock band and Bonnaroo favorite, Moon Taxi announced their national headline Silver Dream tour. The tour launches this month at the World Fair Park in Knoxville, TN and continues through the summer into the fall hitting venues such as New York City’s famed Webster Hall, The Ogden in Denver, Delmar Hall in St. Louis, and two nights at the brand new 2,200-capacity concert hall The Eastern in Atlanta, Georgia where the run will conclude over the Thanksgiving holiday.

The artist presale is now live where fans can sign up via the band’s email list to receive the presale code. *For current subscribers an email with the dates, info, and a presale code will automatically be sent.

The band celebrated a career-defining moment as “Nashville’s own” in October ’17 when they performed at a two night, sold-out run at the Ryman Auditorium. Their music has been embraced as well by brands using their songs for many commercial and TV placements – from JEEP, to Microsoft Surface Pro, McDonald’s, to BMW, along with landmark sporting events including the Olympics, MLB, NFL, and NHL and HBO Sports.

In January 2021, Moon Taxi released their sixth full-length album, Silver Dream (BMG). The band, who has amassed over 240 million total U.S. streams to date, will be performing songs from the album, including “Say,” “Hometown Heroes,” “Light Up,” “One Step Away,” and “The Beginning” as well as material from their entire catalog.

Music editor for Nashville.com. Jerry Holthouse is a content writer, songwriter and a graphic designer. He owns and runs Holthouse Creative, a full service creative agency. He is an avid outdoorsman and a lover of everything music. You can contact him at JerryHolthouse@Nashville.com
Previous Kimberly Kelly Signs With Show Dog Nashville
Next Jake Owens Tops The Charts A Second Week