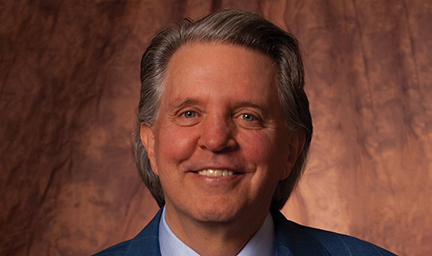 Mike Curb To Match Contributions To Musicians Hall of Fame

“Mike Curb understands the need for nonprofits to raise money to be sustainable,” said Chambers. “Music is a common denominator that touches lives in many ways. We want everyone to feel a part of preserving music history by making a donation to the Musicians Hall of Fame & Museum. Mike Curb‘s generous offer to match funds makes even a small donation have a large impact.”

Curb said, “I was fortunate to work with Joe and Linda Chambers almost from the inception of their incredible journey building the magnificent Musicians Hall of Fame & Museum in Nashville. We were especially proud to be able to work to conclude the relationship between the Musicians Hall of Fame & Museum and the GRAMMY Museum Gallery which is now located inside the Musicians Hall of Fame & Museum. Unfortunately, we recently lost Joe Chambers, and we all worried about replacing his great talent, leadership and passion for this Museum. Fortunately, Linda Chambers has accepted the responsibility to be the CEO and lead the future of this great Hall of Fame & Museum. It is unbelievable the passion she has already shown and the success of the first major induction event that took place last week. Joe and Linda have always believed all contributions, regardless of size, are important. In order to make sure this transition is smooth and successful, I have agreed to match up to $100,000 in gifts between now and the end of this year. Linda and I would deeply appreciate any consideration you can give during this important moment.”

Donations can be made at HERE. Donors can also contact Angela Smith at angela@musicianshalloffame.com or 615-244-3263. The Musicians Hall of Fame & Museum is a tax-exempt, non-profit corporation under Section 501©3 of the Internal Revenue Code.

Last week the Musicians Hall of Fame Museum celebrated its 7th Concert and Induction Ceremony with the induction of Billy F Gibbons, Don McLean, Marty Stuart & The Fabulous Superlatives, Ray Stevens, Vince Gill, engineer George Massenburg, and producer James William Guercio at Nashville’s Historic Municipal Auditorium. Forbes called the concert a “one-of-a-kind” “celebration of musicianship” while The Tennessean praised the Musicians Hall of Fame & Museum as “a treasure trove of artifacts and instruments that were played on rock, country and R&B classics.”

Music editor for Nashville.com. Jerry Holthouse is a content writer, songwriter and a graphic designer. He owns and runs Holthouse Creative, a full service creative agency. He is an avid outdoorsman and a lover of everything music. You can contact him at JerryHolthouse@Nashville.com
Previous Tracy Lawrence Donates $60,000 To Middle TN Organizations
Next LISTEN: Jelly Roll’s “She”