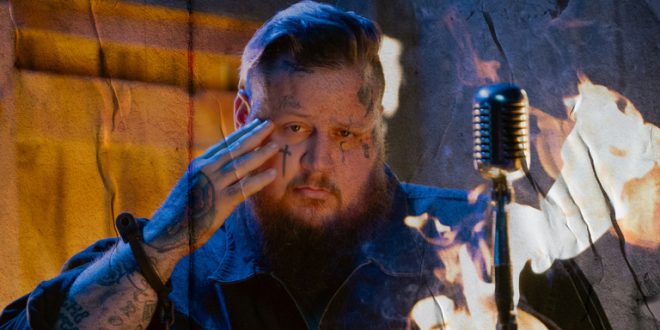 Today Jelly Roll released a raw, powerful track “She”. The latest track of what he refers to as “therapeutic music” is an emotionally truthful ballad that gives a glimpse into the life of a person struggling with addiction as well as those who love them. Jelly Roll is unique in his ability to candidly acknowledge life’s trials and tribulations, as “She” tells the story of a woman amid her struggle with addiction. Listen above.

For the release of “She,” Jelly has partnered with Shatterproof, a national nonprofit organization dedicated to ending the addiction crisis and the devastation caused by the disease of addiction. Eleven people die every hour from a drug overdose. Jelly Roll’s song will increase awareness of addiction prevention, treatment and recovery resources provided by Shatterproof and help save lives.

“‘She’ is about the struggle of addiction. ‘she’ is about talking about the elephant in the room and addressing head on the heroin and fentanyl epidemic that is sweeping the nation; the pharmaceutical pill problem that is sweeping the nation, and has been for a long time,” says Jelly Roll. “And I feel like it’s an artist’s responsibility to speak for those who sometimes can’t always speak for themselves.”

Jelly Roll releases the track as he prepares for his sold-out hometown headlining show at Nashville’s Bridgestone Arena on December 9, 2022. It has been a breakthrough year for Jelly Roll, whose Gold certified single “Son of a Sinner” is currently Top 10 at Country Radio. Earlier this year, he sold out numerous venues including Colorado’s Red Rocks, made his Grand Ole Opry debut, topped the Billboard and Mediabase Rock charts for two weeks with his debut Rock single “Dead Man Walking” – his first No. 1 ever as an artist/songwriter – and has held the No. 1 spot on Billboard’s Emerging Artists chart for 15 weeks.

Music editor for Nashville.com. Jerry Holthouse is a content writer, songwriter and a graphic designer. He owns and runs Holthouse Creative, a full service creative agency. He is an avid outdoorsman and a lover of everything music. You can contact him at JerryHolthouse@Nashville.com
Previous Mike Curb To Match Contributions To Musicians Hall of Fame
Next Natalie Merchant To Release First New Music In Nearly A Decade