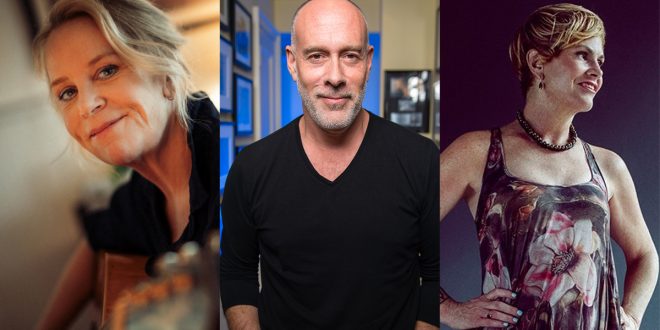 In 2020, Carpenter released two albums—The Dirt And The Stars in August 2020, and One Night Lonely, recorded live without an audience at the legendary Filene Center at Wolf Trap in Virginia during the COVID-19 shut down—in addition to sharing “Songs From Home,” a virtual concert series which has been viewed over 10 million times. After winning a GRAMMY for his soulful ballad “Walking in Memphis,” Marc Cohn solidified his place as one of this generation’s most compelling singer-songwriters, combining the precision of a brilliant tunesmith with the passion of a great soul man. Shawn Colvin won her first GRAMMY Award for Best Contemporary Folk Album with her debut album, Steady On. She has been a mainstay of the singer-songwriter genre ever since, releasing thirteen superlative albums and establishing herself as one of America’s most revered live performers.

Music editor for Nashville.com. Jerry Holthouse is a content writer, songwriter and a graphic designer. He owns and runs Holthouse Creative, a full service creative agency. He is an avid outdoorsman and a lover of everything music. You can contact him at JerryHolthouse@Nashville.com
Previous WATCH: Maggie Rose’s “For Your Consideration”
Next Gibson Garage Opens In Downtown Nashville