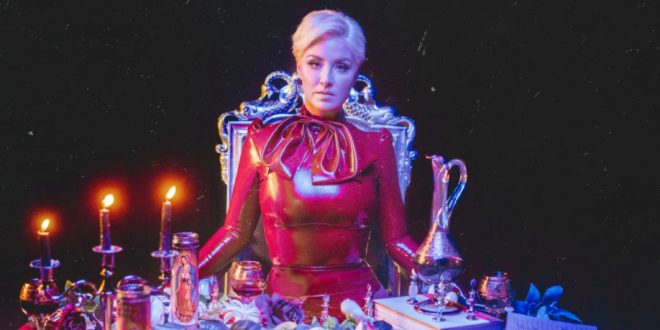 WATCH: Maggie Rose’s “For Your Consideration”

The Nashville-based rock and soul singer-songwriter Maggie Rose releases “For Your Consideration,” the lead single off her upcoming album, Have A Seat. Watch the video above.

The video for “For Your Consideration” is the final video in a three-part series that combine to create an in-depth story. The music video trilogy concept was the brainchild of close friend and acclaimed photographer/videographer Ford Fairchild .

“I was lucky enough to watch Maggie bring Have A Seat to life from the beginning and one thing I noticed was how much personal growth she worked through in making this record,” says Fairchild. “You could tell she was stepping into an alternate universe every time she was in work mode. So when it came time to figure out creative direction, I wanted to show that growth with Maggie working through it over dinner with different versions of herself.”

The trilogy began with ” What Are We Fighting For. ” It was followed by ” Saint” and finally “ For Your Consideration .”

“We really wanted viewers to get to know the different sides of Maggie individually so we decided to do that in a trilogy, with ‘For Your Consideration’ bringing them all together,” continues Fairchild. “The dinner table signifies the body of work as a whole so you’ll see nods to each song on the record throughout the trilogy.”

Have A Seat, is due out on August 20 via Starstruck Records. The album was recorded live at FAME Studios in Muscle Shoals, AL, and was produced by Ben Tanner (Alabama Shakes). Rose will kick off her extensive album release tour on July 15 for a two-night stand at The Rams Head in Annapolis, MD.

You can catch Rose at the Brooklyn Bowl in Nashville 8//19.

Music editor for Nashville.com. Jerry Holthouse is a content writer, songwriter and a graphic designer. He owns and runs Holthouse Creative, a full service creative agency. He is an avid outdoorsman and a lover of everything music. You can contact him at JerryHolthouse@Nashville.com
Previous Jimmie Allen Announces “Bettie James Gold Edition”
Next Mary Chapin Carpenter, Marc Cohn & Shawn Colvin Announce Tour