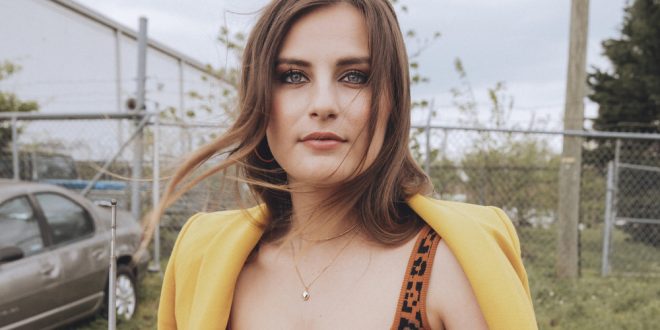 Bringing today’s release full circle, “First Last Name” is the song that changed everything for Kozak — from landing her a publishing deal with Big Loud during her Junior year at Belmont University, to catching the attention of Galyon at a performance last fall. After hearing the song, Galyon was inspired to establish Songs & Daughters alongside Big Loud partner Seth England, both confident that Kozak and “First Last Name” were the perfect introduction for the exciting new venture. Read more about Songs & Daughters in Billboard’s exclusive interview here.

Co-penned by Kozak with Claire Douglas and James Slater, “First Last Name” showcases Kozak’s gentle twang and vivid, detailed storytelling. Growing up the seventh child in a family of eight siblings in rural Ontario, Canada, her inspiration for the song stems from her close relationship with her father, who instilled her love of Country music and introduced her to the greats — Loretta Lynn (Kozak’s first concert), Patsy Cline, Dolly Parton, Johnny Cash and June Carter Cash. The two would load up a 1973 convertible Eldorado Cadillac, and head out every weekend to the nearest county fair, festival, retirement home, or church — anywhere they could get in to play country music.

“I started playing these vignettes in my head from when I was younger, like a home movie of different times when we would hop in the car and drive four hours to go play a 20-minute set with a band we’d never met, singing the Dixie Chicks at the top of our lungs in that Cadillac, or him coming to my dance competition,” says Kozak. “I walked into the writing room and said to James and Claire, ‘I want to write a song about my dad.’”

With a bright path ahead, Kozak continues to build an arsenal of impactful, honest songs written alongside esteemed songwriters such as Lori McKenna and Craig Wiseman. Already taking the stage in front of audiences of up to 12,000 people at fairs and festivals, she’s since shared the bill with Keith Urban at Nashville’s Ryman Auditorium.

Music editor for Nashville.com. Jerry Holthouse is a content writer, songwriter and a graphic designer. He owns and runs Holthouse Creative, a full service creative agency. He is an avid outdoorsman and a lover of everything music. You can contact him at JerryHolthouse@Nashville.com
Previous Kyle Dillingham Gets Engaged Backstage After Opry Debut
Next WATCH: The Band Perry Release “The Good Life” Video