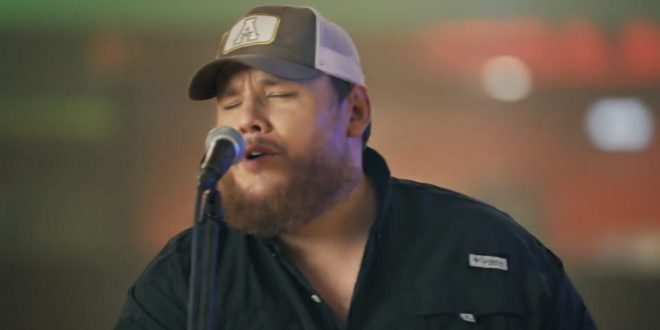 Luke Combs’ new deluxe album, What You See Ain’t Always What You Get, debuts at #1 this week on the all-genre Billboard 200 chart with 109,000 equivalent units sold. It also set the new weekly streaming record for a country album with 102.26 million on-demand streams, breaking Combs’ own record, which he set last November with the release of his platinum-certified, global #1 album, What You See Is What You Get. Combs’ new song, “Forever After All,” also made history this week debuting at #2 on the all-genre Billboard Hot 100 chart—the highest entrance ever for a male country solo artist. The song also debuted at #1 on Billboard’s Hot Country Songs chart, landed at #1 in Country Streaming Songs with 29.1 million streams and #1 in Country Digital Song Sales with 52,000 downloads.

The deluxe album features all 18 songs from What You See Is What You Get as well as five new tracks and has also set new streaming records on both Apple Music and Spotify. On Apple Music, the album reached #1 on their overall U.S. Top Albums chart—making Combs the only country artist in history to top the chart, doing so twice in the past 12 months—and enjoyed the most first day streams ever for a country album on the platform. This accomplishment breaks Combs’ own record, which he achieved last year with What You See Is What You Get. Moreover, “Forever After All,” debuted at #1 on Apple Music’s Daily Top 100: Global Songs chart and broke the record for the biggest first day of streams for a country song. Combs is also Apple Music’s most streamed country artist this year.

On Spotify, Combs achieved the biggest all-time first day streaming record for a country album—also breaking his own record. Meanwhile, “Forever After All” had the most first day streams for a country track by a solo artist and reached #2 on Spotify’s Top 10 Global Song Debuts chart. Additionally, “Forever After All” was the #1 song on Pandora’s all-genre Top Thumb Hundred Playlist after being their most thumbed up new song in the last 30 days.
What You See Ain’t Always What You Get also broke U.S. and global records for most first day on-demand voice requests with Alexa than any other country album debut on Amazon Music.

Combs also recently made history as the first artist ever to have their first two studio albums spend 25 weeks or more at #1 on Billboard’s Top Country Albums chart—breaking Taylor Swift’s previously held record at 24 weeks. The achievement comes as What You See Is What You Get topped the chart for the 25th time earlier this summer, while his 2017 debut, This One’s For You, has spent 50 non-consecutive weeks at #1—tying the record for the longest reign atop the chart with Shania Twain’s Come On Over in 1997.

Music editor for Nashville.com. Jerry Holthouse is a content writer, songwriter and a graphic designer. He owns and runs Holthouse Creative, a full service creative agency. He is an avid outdoorsman and a lover of everything music. You can contact him at JerryHolthouse@Nashville.com
Previous Matt Stell Scores Another No. 1
Next Circle Network Teams Up With 54th Annual CMA Awards