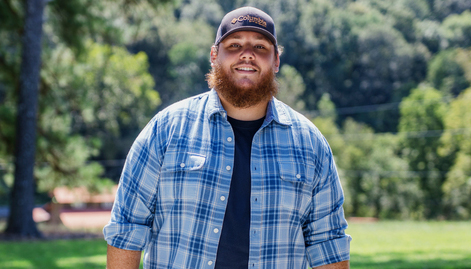 Luke Combs’ current single, “Better Together,” is #1 this week on the Billboard Country Airplay chart. A first on the chart, this is Combs’ tenth-consecutive #1 single extending his record-breaking streak at country radio.

The accomplishment continues a groundbreaking and historic series of years for Combs, whose global #1 record, What You See Is What You Get, is newly certified RIAA double Platinum. The award-winning album’s 18 tracks along with five new songs are also featured on Combs’ new deluxe album, What You See Ain’t Always What You Get, which debuted #1 on the all-genre Billboard 200 chart as well as Billboard’s Top Country Albums chart. Additionally, the deluxe album’s song, “Forever After All,” landed at #2 on the all-genre Billboard Hot 100 chart—the highest entrance ever for a male country solo artist. With the release, Combs also reached #1 on Rolling Stone’s Top 200 Albums chart, Top 100 Songs chart and Artists 500 chart—the first country artist ever to lead all three charts in the same week and first to top the Artists 500.

Combs also recently made history as the first artist ever to have their first two studio albums spend 25 weeks or more at #1 on Billboard’s Top Country Albums chart—breaking Taylor Swift’s previously held record at 24 weeks. The achievement comes as What You See Is What You Get topped the chart for the 25th time this past summer, while his 2017 debut, This One’s For You, has spent 50 non-consecutive weeks at #1—tying the record for the longest reign atop the chart with Shania Twain’s Come On Over in 1997.

Music editor for Nashville.com. Jerry Holthouse is a content writer, songwriter and a graphic designer. He owns and runs Holthouse Creative, a full service creative agency. He is an avid outdoorsman and a lover of everything music. You can contact him at JerryHolthouse@Nashville.com
Previous Records Nashville Signs Rapper Lathan Warlick
Next Nancy Wilson Designs Signature Model Epiphone Guitar