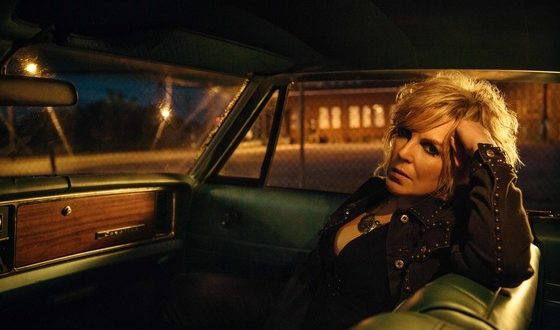 2018 marks the 20th Anniversary of Lucinda Williams’ critically acclaimed, Grammy Award-winning, highly-influential masterpiece Car Wheels On A Gravel Road. In celebration of the milestone year for this milestone work, Williams will embark on a select twelve-date, ten-city tour where she will perform the album in its entirety, followed by a second set of songs from her celebrated career. The tour will primarily take place in the Northeast starting on November 2nd in Collingswood, NJ and will include stops in Boston, New York, Toronto and Chicago.

The stories of the making of Car Wheels On A Gravel Road, and how long it took, is the stuff of legend. The changing producers, the re-recording, the revolving list of musicians only add to the folklore surrounding the album’s creation. However it came to be, one thing remains true, Williams never wavered on her vision for this masterpiece, and what she envisioned changed music on a multitude of levels.

Following its release, Car Wheels On A Gravel Road was named Best Album of 1998 in the Village Voice’s annual “Pazz & Jop” critics poll and received a 4-star review in Rolling Stone, while garnering critical praise throughout the press. The album went on to win the Grammy for Best Contemporary Folk Album. The influence of Car Wheels On A Gravel Road is immeasurable, and it is considered, much like Williams’ 1988 self-titled album, one of the cornerstones of what is now called Americana. Rolling Stoneranked it #304 on their list of the “500 Greatest Albums of All Time”.

Earlier this year, the anniversary of Car Wheels On A Gravel Road and its impact was the subject of a feature in Billboard, among others, and a thoughtful, insightful essay about its influence by Waxahatchee’s Katie Crutchfield in Stereogum.

Williams will be joined on the tour by her incredible, long-time backing band Buick 6, featuring Butch Norton on drums, David Sutton on bass and Stuart Mathis on guitar.

Most dates will go on sale Thursday, August 23rd at 7:00pm local time.

Music editor for Nashville.com. Jerry Holthouse is a content writer, songwriter and a graphic designer. He owns and runs Holthouse Creative, a full service creative agency. He is an avid outdoorsman and a lover of everything music. You can contact him at JerryHolthouse@Nashville.com
Previous Brett Dennen At The Ascend Amphitheater Tomorrow 8/19
Next Morgan Evans Lands His First Number One