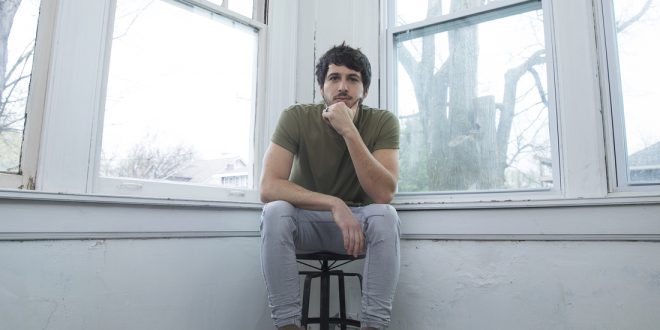 Morgan Evans’ debut U.S. single “Kiss Somebody” hit the #1 spot on the Country Aircheck/Mediabase radio airplay chart this week. The song is featured on his just-released self-titled EP.

“I played my very first show on the other side of the world and the idea of traveling to America, let alone having the #1 song in Country music, was the dream. And, this week it has come true!” shares Evans. “I can’t even begin to express how overwhelmed I am with gratitude. THANK YOU to the fans and everyone at country radio for all the love you’ve given back to this song.”

This week (8/22) he’s set to perform during the 12th annual ACM Honors at the iconic Ryman Auditorium in Nashville, TN. Heading Down Under for a string of SOLD OUT headline shows in Australia beginning September 5, he’ll return to the U.S. and rejoin Chris Young as a special guest on the LOSING SLEEP 2018 WORLD TOUR kicking off September 13.

Music editor for Nashville.com. Jerry Holthouse is a content writer, songwriter and a graphic designer. He owns and runs Holthouse Creative, a full service creative agency. He is an avid outdoorsman and a lover of everything music. You can contact him at JerryHolthouse@Nashville.com
Previous Lucinda Williams Announces Anniversary “Car Wheels On A Gravel Road” Tour
Next Runaway June’s Debut EP To Drop On Sept. 7