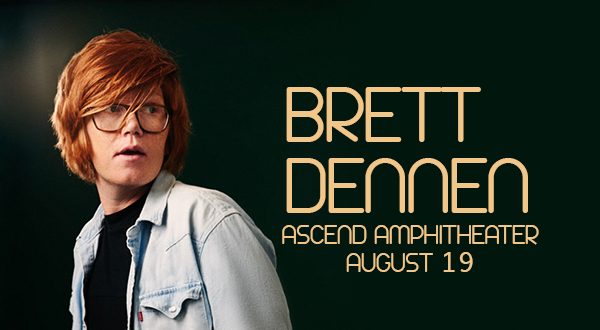 Brett Dennen has released “Here’s Looking At You Kid,” the next single from his two-part EP project with songwriter and producer Dan Wilson (Adele, Dixie Chicks, Semisonic). The song debuted last week and is now available everywhere. The first EP of the series was entitled LET’S and debuted in February 2018. The dual EPs mark Dennen’s return to his former label home, Downtown Records.

Dennen said working with Wilson was “Like two friends hanging out sharing their love of music with each other. It was very easy, and fun.”

Although he’s a seasoned performer the 38 year old singer claims to be a introvert “I’m a moderate introvert. It makes performing really easy. I’d much rather perform for a room full of 500 people, than mingle around chit chatting.”

Described as Bob Dylan meets Bob Marley, Dennen isn’t just in it for the music, he’s a passionate activist who a applies his musical talents to many good causes and is now working on an illustrated book for children.

You can catch Dennen tomorrow night (Sunday, August 18, 2018) at the Ascend Amphitheater opening for Jason Mraz. Check for Tickets on Sale Here!

Music editor for Nashville.com. Jerry Holthouse is a content writer, songwriter and a graphic designer. He owns and runs Holthouse Creative, a full service creative agency. He is an avid outdoorsman and a lover of everything music. You can contact him at JerryHolthouse@Nashville.com
Previous Country Stars Mourn The Passing Of Aretha Franklin
Next Lucinda Williams Announces Anniversary “Car Wheels On A Gravel Road” Tour