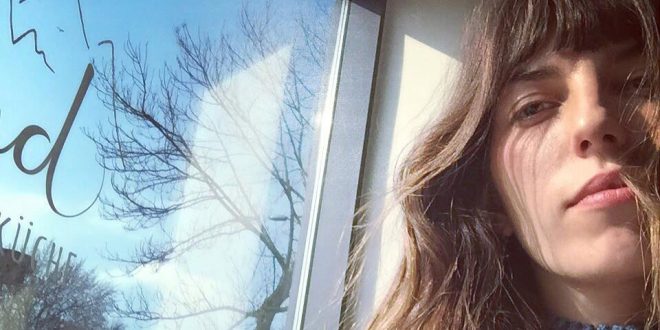 Singer-songwriter, actress, model and artist Lou Doillon is set to release her third album, Soliloquy, on February 1 via Barclay/Verve. The music video for lead single, “Burn,” debuts today, watch above. Doillon and her band will tour widely in support of the album, with U.S. dates to be announced in early 2019.

Following the success of 2016’s Lay Low and her 2012 breakout debut, Places, which earned her a French Grammy for Female Artist of the Year, Soliloquy finds Doillon teaming up for the first time with multiple producers on a single album: Cat Power (featured on the track “It’s You”), Taylor Kirk of Timbre Timbre, Benjamin Leabeau of The Shows and Dan Levy of art-pop duo The dø. “I had a desire to be more up front,” she says of this new process. “Working with different people in different studios and with the different energies has brought something richer than when I worked with one producer. Extremes. I made the link between them.”

Of the music, Doillon furthers, “With some songs, I think I was going towards something…and then it became something completely different. I am a kid of the Eighties and was listening to Nineties music: Massive Attack and Les Rita Mitsouko. The Slits too. I was raised at one point in my teens in the Caribbean and the only music we had was reggae. I had a desire to reconnect with these roots. I still love Leonard Cohen, Van Morrison and Nick Drake. Let’s channel it all.”

Doillon grew up on theater stages, cinema sets and in front of some of the most renowned photographers’ camera lenses. At 30 she composed her debut LP, Places, which went double platinum in France, earned her a Victoire de la Musique (the French Grammy) for Female Artist of the Year and sold over 300,000 copies worldwide. She has since shared stages with artists including John Cale, Pete Doherty, Animal Collective, Jarvis Cocker, John Grant and Richard Hawley, and toured the world playing festivals and headlining venues in the U.S., U.K., France, Germany, Belgium, Australia and more.

Music editor for Nashville.com. Jerry Holthouse is a content writer, songwriter and a graphic designer. He owns and runs Holthouse Creative, a full service creative agency. He is an avid outdoorsman and a lover of everything music. You can contact him at JerryHolthouse@Nashville.com
Previous The Raconteurs Back With First New Music In 10 years
Next Trisha Yearwood Gets “Frank” Today