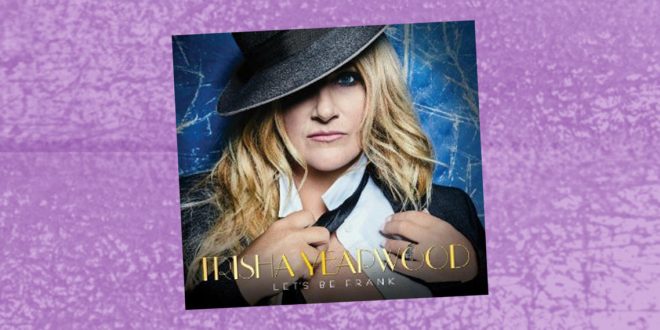 The album arrives today for a limited time exclusively in Williams Sonoma stores nationwide and on www.williams-sonoma.com/trisha until its release everywhere on February 15, 2019. Yearwood fans will be able to purchase the CD, vinyl and a digital download of the album from Williams Sonoma stores and the Williams Sonoma website which also sell a Yearwood’s best-selling food products and cocktail mixes. This notably marks her first full-length solo record since 2007’s critically acclaimed Heaven, Heartache and the Power of Love and first new music since the 2016 chart-topping duets album, Christmas Together, with Garth Brooks.

Representing a full circle moment for the artist, Yearwood pays homage to one of her most formative influences. Joined by iconic producer Don Was and award winning engineer Al Schmitt, she selected some favorite Sinatra staples and cut them in just four days at Capitol Records in Hollywood. With backing from a 55-piece orchestra, she sang into the Chairman of the Board’s microphone, breathing new life into one of the most celebrated catalogs in history.

About the project, she comments, “It really was the experience of a lifetime. I’ve been wanting to do this record for about twenty years, but the time was never right. I met with Don and Al, and the stars aligned last summer. I’ve made a lot of records and I’ve had a lot of fun, but I’m not sure I’ve ever had more fun than I did on Let’s Be Frank.”

In addition to classics such as “Come Fly With Me” and “Over The Rainbow,” Yearwood taps into the jazz-y soul of “One for My Baby (and One More for the Road)” with a dynamic and definitive performance. Speaking to the spirit of the era, she also contributes a show-stopping original to this collection.

Co-written with husband Garth Brooks, “For The Last Time” feels as if it could’ve been born amidst the fifties golden age. A tender ballad upheld by cinematic strings and soft piano, she croons with conviction and charisma, “Now for the first time, I’m in love for the last time.” It sets the stage for more new material to come in 2019.

To celebrate the release, Yearwood will be joined by Was and Schmitt for an intimate discussion on the making of the new album, followed by a special performance at the GRAMMY Museum on January 8th. She will also perform Live from the Rainbow Room for a special Valentine’s Day event on February 14th.

Music editor for Nashville.com. Jerry Holthouse is a content writer, songwriter and a graphic designer. He owns and runs Holthouse Creative, a full service creative agency. He is an avid outdoorsman and a lover of everything music. You can contact him at JerryHolthouse@Nashville.com
Previous Lou Doillon Set To Release “Soliloquy”
Next Three Holiday Releases from Nashville America Records