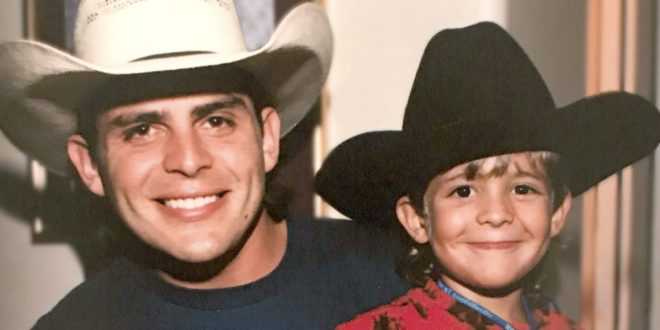 Thomas Rhett drops “Things Dads Do,” available here via The Valory Music Co. Teaming up with his dad Rhett Akins to write the track alongside Matt Dragstrem and Chase McGill, the timely song deploys entertaining tongue-and-cheek lyrics highlighting the amusing habits of fatherhood, while also chronicling the tender full-circle journey of ultimately turning into your dad. Thomas Rhett debuted “Things Dads Do” on the Grand Ole Opry stage over the weekend – watch a clip here and watch the song’s lyric video here.

“This is probably my favorite song I’ve gotten to write with my dad,” said Thomas Rhett.” I’ve learned so many life lessons from him, and it’s pretty wild to see so much of him in myself now that I’m a dad. It felt like we should go ahead to release it for all of y’all who have been asking since we wrote it and to celebrate all the dads out there!”

Thomas Rhett’s fifth studio double album COUNTRY AGAIN: SIDE A was released on April 30, with ’SIDE B,’ planned for release later this year. Gold-certified lead single “What’s Your Country Song” marks Thomas Rhett’s 17th career No. One single and 11th consecutive No. One – the longest active streak in the format.

Music editor for Nashville.com. Jerry Holthouse is a content writer, songwriter and a graphic designer. He owns and runs Holthouse Creative, a full service creative agency. He is an avid outdoorsman and a lover of everything music. You can contact him at JerryHolthouse@Nashville.com
Previous Chris Young To Perform Free Show On July 5th
Next Heartless Bastards Release First New Music In 5 Years