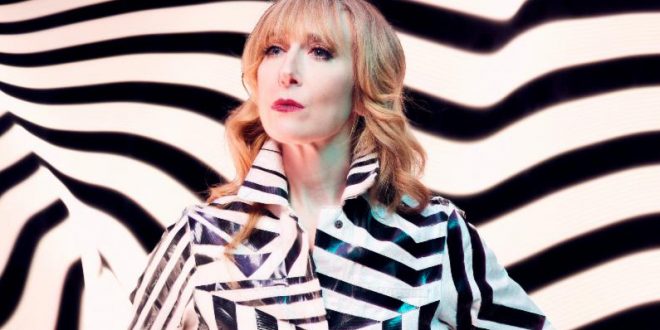 Heartless Bastards’ sixth studio is their first new music in more than half a decade. “How Low,” is the first single off of the album, watch it above.

“It’s becoming harder and harder to choose a simple life; so many people struggle to get ahead so they don’t get left behind ,” says Heartless Bastards frontwoman Erika Wennerstrom. ” I believe that a truly elevated, conscious society is one that seeks to lift each other up—one where we work for the common good.”

On the new single, Wennerstrom says, “‘ How Low’ was inspired by my frustration with late-stage capitalism’s effect on humanity and our environment. The planet sustains our lives, but if we continue to make everything we use disposable to where we have to constantly buy things over and over again, and we pollute, we’re going to wipe ourselves out in the not too distant future. Profits have been put far ahead of what is good for humanity. We’re all trying to get by in this world, but at what cost? We need a better system, one where we work for the common good. Today’s prevalent mental health issues are definitely tied to this every man for himself mentality. It’s very isolating, people are longing for deep connections. Maybe a balanced society seems idyllic, but let’s dare to dream of a better world and all the possibilities If we all stop fighting amongst ourselves, and look at the bigger picture. ‘How Low’ felt like a challenging message to convey in a 4-minute video, but I think Sam Wainwright Douglas and David Hartstein did an incredible job .”
﻿
A Beautiful Life once again sees Wennerstrom alchemizing her idealism into viscerally potent rock ‘n ‘ roll. Co-produced by Wennerstrom and Kevin Ratterman (Strand Of Oaks, Jim James, White Reaper), the album – which follows 2015’s Restless Ones – finds the Austin, TX-based singer-songwriter backed by a powerhouse lineup comprising guitarist Lauren Gurgiolo (Okkervil River), drummer Greggory Clifford (White Denim), multi-instrumentalist Jesse Chandler (Mercury Rev, Midlake), keyboardist Bo Koster (My Morning Jacket), guitarist David Pulkingham (Patty Griffin), and longtime Heartless Bastards bassist Jesse Ebaugh.

Though Wennerstrom first considered releasing A Beautiful Life under her own name as the follow-up to her widely praised 2018 solo debut, Sweet Unknown , she ultimately came to view the new album as a continuation of the journey begun on Heartless Bastards’ milestone 2005 debut, Stairs and Elevators . Indeed, with its coalescence of so many eclectic touchstones – from French pop and Celtic folk to space rock, Disney scores, and post-punk – A Beautiful Life stands tall as Heartless Bastards’ most elaborately realized work to date. Songs such as the sprawling, psychedelic epic, “Photograph” and the rambling folk of “The River” (the latter featuring contributions from such singular musicians as Andrew Bird and Persian setar virtuoso Fared Shafinury) channel Wennerstrom’s nuanced observations into glorious music that incites contemplation, catharsis, and a joyful sense of defiance.

“For me, music is a gift,” says Wennerstrom. “I do it because I love it, and because it helps me feel more connected to the world. I think we all long for a deep connection, and I hope this record adds to the conversation on how we as a species can stop seeing ourselves as separate. I hope it helps everyone to think about how we can look out for each other, take care of each other, and lift each other up.”

Music editor for Nashville.com. Jerry Holthouse is a content writer, songwriter and a graphic designer. He owns and runs Holthouse Creative, a full service creative agency. He is an avid outdoorsman and a lover of everything music. You can contact him at JerryHolthouse@Nashville.com
Previous LISTEN: Thomas Rhett, “Things Dads Do”
Next NASCAR Comes To Nashville, Tootsie’s Sponsors Car