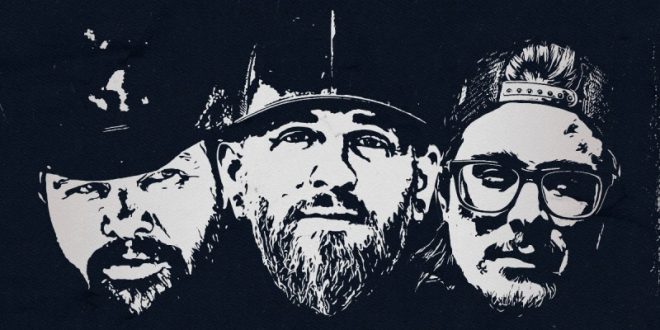 Brantley Gilbert took to social media with his friends turned collaborators Toby Keith and HARDY for the first taste of “The Worst Country Song Of All Time” – the Georgia-native’s new single, ready for release on Friday, June 18, via The Valory Music Co.

Last month, Brantley Gilbert asked BG Nation a burning question on TikTok: “What is the worst country song of all time?” With nearly 500K views, over 7,500 opinionated fans left their thoughts in the comments, with the debate making its way into a writer’s room containing Gilbert, HARDY, Hunter Phelps and Will Weatherly.

“HARDY threw the idea on the table, and he said, ‘Guys, I know this is crazy, but I had a title I put down in my phone: ‘The Worst Country Song Of All Time,’” Gilbert elaborates. “We all laughed it off because obviously it was a joke. Then we all were throwing out lines we thought were funny. The next thing you know, we’ve got this song written, and the rest is history in the making.”

And the chorus goes
I love cities and traffic jams
I don’t want a house on a piece of land
I deserve a bunch of money and a minivan
But I don’t wanna earn a dime
Old Yeller didn’t make me sad
I think we should change the American flag, yeah
This is the worst country song of all time

“We were listening to the demo after we finished it, and I said to HARDY, ‘Man, if we get a wild hair and decide we’re actually going to cut this, would you be cool with cutting it with me?,’” Gilbert shares of his co-writer. “I’ll never forget, he looked at me and he said, ‘Absolutely.’

“As far as Toby goes – it’s freakin’ Toby Keith!” Gilbert praises of the hitmaker. “He’s written some of the best and put out some of my favorite country songs of all time. So having him on it is kind of like that final seal of approval.”

With seven No. 1’s under his belt, Gilbert has been back at it, writing and recording during his time off from the road, readying his fans for more new music later this year.

“We’ve had a lot of great writes over the last few months,” Gilbert says. “We got outside of our box a little bit. As artists and writers, we have a group of people that we’re extremely comfortable writing with, that we know we’re going to be productive with and we know what kind of song we’re going write. But we branched out a little bit and wrote with some folks we haven’t written with before, just to see what would happen and what would come out of it. I have to say, I’m extremely proud of what we got on the way,” he concludes.

“The Worst Country Song Of All Time” follows the release of Fire & Brimstone (Deluxe Edition), an extended version of his fifth studio album which explores love and family, redemption and life in a small town, with all 17 tracks written or co-written by Gilbert. Lead single “What Happens In A Small Town” featuring Lindsay Ell marked his fifth No. 1 as an artist, seventh No. 1 as a songwriter and earned nominations for the 2019 CMA Award for Musical Event of the Year and 2020 ACM Award for Music Event of the Year.

Earlier this year, Gilbert held his inaugural trail ride with partners including Polaris, Gander Outdoors, Camping World, Brimstone® Recreation, Traeger Grills, Whiskey Jam and Appalachia Made Co., raising $75,000 to benefit ACM Lifting Lives COVID-19 Response Fund to support those in the entertainment industry who lost work due to the pandemic.

Gilbert continues to raise funds for the philanthropic arm of the Academy of Country Music with the “Garage-full of Awesome Giveaway.” Fans who donate $10 or more will be entered to win a once-in-a-lifetime trip to meet Gilbert in person for a trail-riding adventure; a RZR Trail S 1000 Ultimate in Ghost Gray, courtesy of Polaris; 2021 Heartland Fuel 362, courtesy of Camping World; and $5,000 cash. Donate HERE.

Music editor for Nashville.com. Jerry Holthouse is a content writer, songwriter and a graphic designer. He owns and runs Holthouse Creative, a full service creative agency. He is an avid outdoorsman and a lover of everything music. You can contact him at JerryHolthouse@Nashville.com
Previous PREMIERE: Ava Rowland’s, “California Gypsies”
Next Vince Gill Signs With Jody Williams Songs