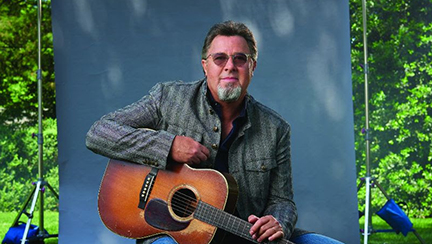 Vince Gill has entered into a publishing/writer management agreement with independent music publisher Jody Williams Songs (JWS). Self-published since the beginning of his career, working with JWS marks the first time Gill has engaged creatively with any publishing entity. The company will be responsible for managing Vince’s writing calendar and the promotion of resulting new songs as well as his catalog of unrecorded songs.

JWS founder Jody Williams commented, “I’ve known and appreciated Vince since the mid ’80s when he first started having solo success as an artist. His self-recorded body of work has always been anchored by his exceptional skill as a songwriter. Those songs, along with that unmistakable voice and skill as a musician, have earned him a place of honor among the entire songwriting community… not to mention the Country Music Hall of Fame and the Nashville Songwriters Hall of Fame. Now, we look forward to helping forge new writing relationships and facilitating the next chapter of his song catalog.”

“I look forward to my partnership with Jody and Nina Jenkins and their passion for songs,” adds Gill. “Having never done this before, I am grateful for their willingness to champion what’s next for me creatively, and for an even closer friendship that’s already pushing forty years.”

Music editor for Nashville.com. Jerry Holthouse is a content writer, songwriter and a graphic designer. He owns and runs Holthouse Creative, a full service creative agency. He is an avid outdoorsman and a lover of everything music. You can contact him at JerryHolthouse@Nashville.com
Previous LISTEN: “The Worst Country Song Of All Time” With Brantley Gilbert, Toby Keith, HARDY
Next Carly Pearce Invited To Become Grand Ole Opry Member