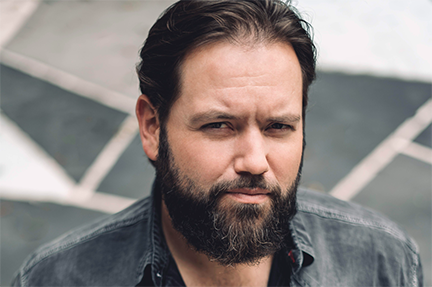 Rising star Mike Ryan’s new single “Die Runnin’” is officially available today. The high-energy track will be included on Mike’s new album Longcut, due out on Oct. 28th. Longcut ushers in an elevated sonic edge that signals growth for the artist and songwriter. Listen to “Die Runnin’” above.

“Die Runnin’ has an urgency about it that’s really cool with this fun rock ‘n’ roll driving rhythm to it. There’s definitely some sonic growth on this new album coming, including this new single. We brought in a few new players and different elements that I thought were really crucial in making this album sound as good as it does,” said Mike.

Mike Ryan’s songs have garnered over 265 million career streams with 10 of them earning over ten million streams, 19 of them earning over four millions streams and 27 of them earning over one millions streams. The rising songwriter’s music has been featured by Apple Music’s Breaking Country, Pandora’s Artist To Watch and SiriusXM’s “The Highway.” Landing at #1 NINE times on the Texas music charts, the San Antonio native’s previously-released album Blink You’ll Miss It landed at #15 on Billboard’s Heatseekers Albums chart and Top 40 on Billboard’s Independent Albums chart. The thoughtful lyricist, vocalist, and guitarist co-wrote Brad Paisley’s Top 20 “Last Time For Everything.” Paisley also played guitar on Mike’s previously-released song “The Rewrite.”

The singer-songwriter is currently touring in support of his new music and this fall, he will make his debut at Globe Life Field as part of Morgan Wallen’s first-ever stadium show in Arlington, TX on Oct. 8th.

Music editor for Nashville.com. Jerry Holthouse is a content writer, songwriter and a graphic designer. He owns and runs Holthouse Creative, a full service creative agency. He is an avid outdoorsman and a lover of everything music. You can contact him at JerryHolthouse@Nashville.com
Previous LeAnn Rimes Releases Her 19th Album, God’s Work
Next WATCH: Little Big Town’s “Three Whiskeys and the Truth”