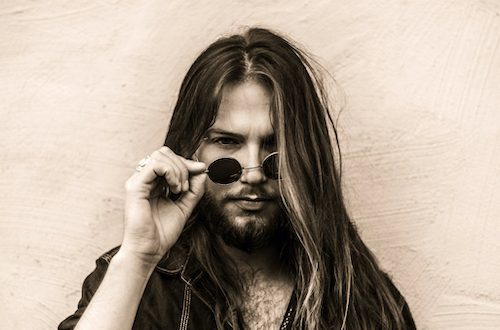 “Attitude is taken to a whole new level with this song,” said Kramer. “It’s my reply to a desperate and low-blow letter meant to bully, open wounds, and reclaim confusion. This song is the sermon meant for those who cause pain, to feel the pain.”

“Pushin’ Up Daisies” follows Kramer’s Fall 2020 release of “Ridin’ Shotgun”. He also simultaneously released his soulful cover of Lady GaGa’s “Bad Romance” via his website, a song which he received a standing ovation and props from Simon Cowell and Terry Crews during his 2020 appearance on NBC’s America’s Got Talent.

Kramer is a from Indianapolis and is determined to kick-start the rebirth of rock n’ roll for the modern world. Now residing and working out of Nashville, the up-and-coming 24 year old aspiring musician balances elements of rock n’ roll, soul and R&B music, something he now refers to as “The Jesse Kramer Sound.” With recent appearances on NBC’s America’s Got Talent, and FOX’s The Four: Battle For Stardom, music fans across America were introduced to Jesse’s gritty and truly genuine style of songcrafting and showmanship. Kramer stays busy writing, recording and producing his own music from his Nashville home studio.

Music editor for Nashville.com. Jerry Holthouse is a content writer, songwriter and a graphic designer. He owns and runs Holthouse Creative, a full service creative agency. He is an avid outdoorsman and a lover of everything music. You can contact him at JerryHolthouse@Nashville.com
Previous B.J. Thomas Diagnosed With Stage Four Lung Cancer
Next Brantley Gilbert To Host Trail Ride