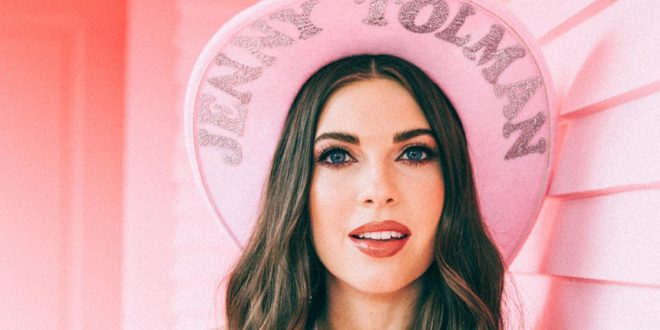 Following a show-stopping performance at her standing-room only album release show in Nashville, Jenny Tolman unveils Married in a Honky Tonk, listen above.

With Married in a Honky Tonk, Tolman vows to join the colorful characters of the fictional ‘Jennyville’ with her own real-life experiences. The release of her sophomore album marks a turning point for the singer and is the second collaboration with GRAMMY®-nominated producer and co-writer Dave Brainard.

The Nashville native has received critical-acclaim for her masterful storytelling found in the lyrics of her songs and co-wrote every song on the new album. From the spirited, tongue-firmly-in-cheek “Home to Roost” to poignant lines like Sometimes the only reason/I think this heart of mine keeps beating/Is so I can go on wishing you were here (“Nothing Left of You”) to the moving-on optimism of I’ll breathe in a brand-new day/ And exhale your memory in “Sweetest Revenge” Tolman marries humor, sorrow and resilience.

Tolman and Brainard got engaged in Jackson Hole, Wyoming in October of 2020 after four years of dating. Fans got to watch Tolman shop for her upcoming nuptials on TLC’s “Say Yes to the Dress” this summer, as the country singer appeared on Season 19 of the series.

Music editor for Nashville.com. Jerry Holthouse is a content writer, songwriter and a graphic designer. He owns and runs Holthouse Creative, a full service creative agency. He is an avid outdoorsman and a lover of everything music. You can contact him at JerryHolthouse@Nashville.com
Previous Thomas Rhett Shares Moving New Single “Death Row”
Next Chris Tomlin’s Good Friday Concert Is Back