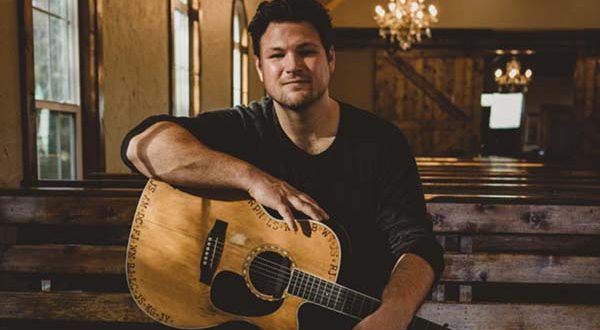 Country music singer/songwriter and The Voice Season 19 finalist Ian Flanigan’s just released his new album STRONG. Flanigan encompasses subjects from all walks of life including heartbreak and pain to a love that is everlasting, leaving no stone unturned. Over the last year, Flanigan has released singles such as “Grow Up” featuring Blake Shelton, “Under A Southern Sky,” and “Last Name On It,” showing not only his versatility as a singer but as a songwriter as well. STRONG was co-produced by Grammy winners Craig Alvin (Little Big Town, Amy Grant), Todd Lombardo (Kasey Musgraves, Brett Eldridge), Obie O’Brien (Bon Jovi, Levon), and Phil Nicolo (Sting, Aerosmith).

“For me, strength has always come from the support of the folks I hold dear,” shares Flanigan. “I made this record to feel like stepping out of the loud and busy world after a hard day’s work, taking off your boots, and having a seat with my loving family in the living room. My family would love for you to be our guest to enjoy this ride with us.”

Flanigan recently joined Zac Brown Band co-founder, John “Hop” Hopkins in Kingston, New York for Hop On A Cure to raise money for ALS, which Hopkins is battling. Hop On A Cure raised over $23,000 and Flanigan not only performed his own set, but was brought back onstage for two additional songs with Hop and the band. Flanigan also made his recent debut at CMA Fest performance on the Maui Jim Reverb Stage, performing fan-favorite original music, and has been traveling the United States performing shows as well as an extensive radio tour.

Music editor for Nashville.com. Jerry Holthouse is a content writer, songwriter and a graphic designer. He owns and runs Holthouse Creative, a full service creative agency. He is an avid outdoorsman and a lover of everything music. You can contact him at JerryHolthouse@Nashville.com
Previous Folds of Honor Tennessee Raises Over $324,000
Next Arum Rae Releases Wesley Schultz-Produced “Country Road”