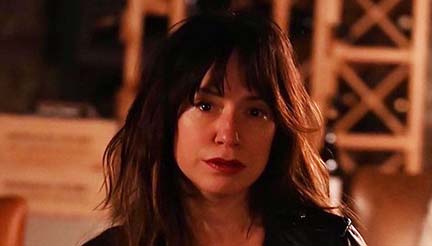 Today singer/songwriter Arum Rae releases the Wesley Schultz-produced track “Country Road” off of her upcoming album Loose Ends. Listen to it above.

On “Country Road,” Arum muses on the sublime sense of peace she finds in traveling to her family’s farm in Virginia, sharply contrasting her soft and soulful vocals with Schultz’s jagged guitar work. “We felt like we needed a character to take us home at the end of the song, so Byron played this drawn-out, distorted line on his upright bass,” she recalls. “It felt like an animal sound, so we called it ‘the moose.’”

Arum Rae is the rare artist capable of conveying entire worlds of feeling with the subtlest movement of her voice. On her new album Loose Ends, mainly produced by Wesley Schultz of The Lumineers, the Wisconsin-based singer/songwriter shares a batch of songs rooted in stories of loss and hope and transformation, each delivered with exquisite nuance. Centered on the quietly powerful vocal presence she’s shown in sharing stages with the likes of Willie Nelson, Rodriguez, B.B. King, and Gary Clark Jr., the result is an immediately transportive body of work, at once meditative and mesmerizing.

The follow-up to 2017’s Sub Rosa, Loose Ends first took shape as Arum and Schultz swapped song ideas and voice memos in the early stages of lockdown. Although they’d planned to record in Schultz’s basement in Colorado, the two collaborators ultimately headed to Sun Mountain Studios in Woodstock, where studio owner David Baron joined Schultz in co-producing the album and musicians like James Felice of The Felice Brothers and Lumineers bassist Byron Isaacs helped to sculpt its stark yet luminously detailed sound (in addition, Baron adorned several songs with his graceful piano work, an element he’s brought to past recordings with artists like Bat for Lashes and Jade Bird). “When we started recording my intention was to trim everything down to the core, to keep it very lo-fi and acoustic,” says Arum. “As we began working we felt that some of the songs should be taken to the next level, which is what brought us to Woodstock. But even with everything we added it’s still very much minimalistic—we were both protective of the raw emotion and character of the songs.”

Music editor for Nashville.com. Jerry Holthouse is a content writer, songwriter and a graphic designer. He owns and runs Holthouse Creative, a full service creative agency. He is an avid outdoorsman and a lover of everything music. You can contact him at JerryHolthouse@Nashville.com
Previous LISTEN: Ian Flanigan’s “Strong”
Next Bluegrass Underground Rebrands As “The Caverns Sessions”