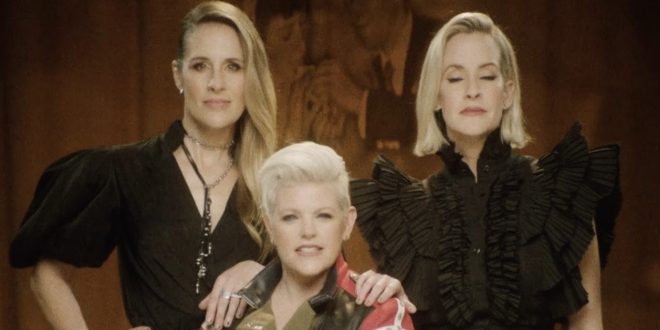 The wait is finally over. The Dixie Chicks have released their first single in 13 years. “Gaslighter” will be the title track to Natalie Maines, Emily Robison and Martie Maguire’s eighth album, which is expected to be released on May 1.

Watch the video co-produced by the band and Jack Antonoff above. The Dixie Chicks’ last album, Taking the Long Way, was released in 2006. Good to have them back!

Music editor for Nashville.com. Jerry Holthouse is a content writer, songwriter and a graphic designer. He owns and runs Holthouse Creative, a full service creative agency. He is an avid outdoorsman and a lover of everything music. You can contact him at JerryHolthouse@Nashville.com
Previous Watch: Colt Ford “Back to Them Backroads” Featuring Jimmie Allen
Next Maren Morris Strikes Gold