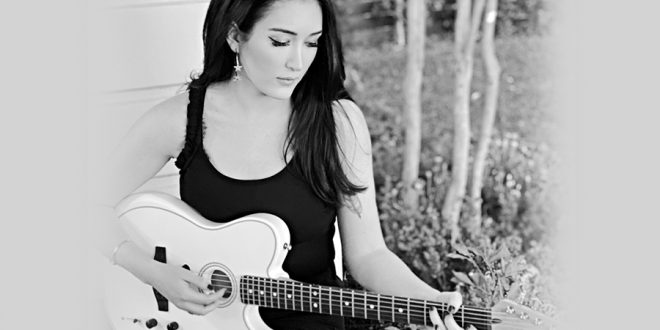 Aubrie Sellers, infuses Brenda Burns’ “Somebody Was Watching” with her signature garage country sound for her newest offering. This is the second track from the songwriter/guitarist’s upcoming three-track EP World On Fire, set for release on August 7th.

“The Pops Staples version of ‘Somebody Was Watching’ is so unbelievably cool, I covered it for a Lightning 100 show a few years ago and could never get it out of my head,” says Aubrie. “This song is cathartic to sing, and the sentiment behind it matches the circumstances of this time. It’s a good reminder that this too shall pass.”

Aubrie is making the most of her unplanned road break following the cancellation of her co-headlining tour with Lillie Mae due to COVID-19. In June, the artist earned two Americana Music Honors & Award Nominations — “My Love Will Not Change” (featuring Steve Earle and written by Billy Burnette and Shawn Camp) for Song of the Year from her Far From Home album.

In early July, she joined Patreon to share exclusive content with her fan base, and announced her upcoming World On Fire EP — led by a moody reimagining of Chris Isaaks’ “Wicked Game.”

Music editor for Nashville.com. Jerry Holthouse is a content writer, songwriter and a graphic designer. He owns and runs Holthouse Creative, a full service creative agency. He is an avid outdoorsman and a lover of everything music. You can contact him at JerryHolthouse@Nashville.com
Previous Bill Anderson Releases His 73rd Album
Next Tyler Childers Debuting New Spotify Singles Session Today