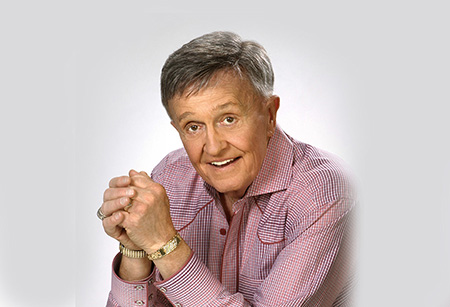 Whisperin’ Bill Anderson boasts a renowned career that has seen extraordinary milestones, including his Country Music Hall of Fame induction; 59 years as a member of the Grand Ole Opry and 80 top-charting songs—37 of which were Top Ten hits in addition to seven No. 1 singles. Anderson’s record-breaking songwriting has made him the only writer to chart country songs in seven consecutive decades. The songwriting titan has received more than 50 BMI Awards, three CMA Awards and two ACM Awards; and in 2018 he was inducted into the all-genre Songwriters Hall of Fame. Anderson continues to make his indelible mark on country music history with the release of his 73rd album, The Hits Re-Imagined.

Re-Imagined, spans Anderson’s career from his early years before earning a membership into the Grand Ole Opry to his second wave of songwriting success in recent years. The album was co-produced by Anderson and Thomm Jutz. 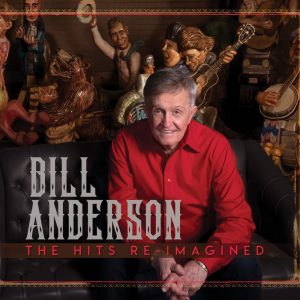 Music editor for Nashville.com. Jerry Holthouse is a content writer, songwriter and a graphic designer. He owns and runs Holthouse Creative, a full service creative agency. He is an avid outdoorsman and a lover of everything music. You can contact him at JerryHolthouse@Nashville.com
Previous Carrie Underwood To Release First Christmas album
Next LISTEN: Aubrie Sellers Drops New Single “Somebody Was Watching”