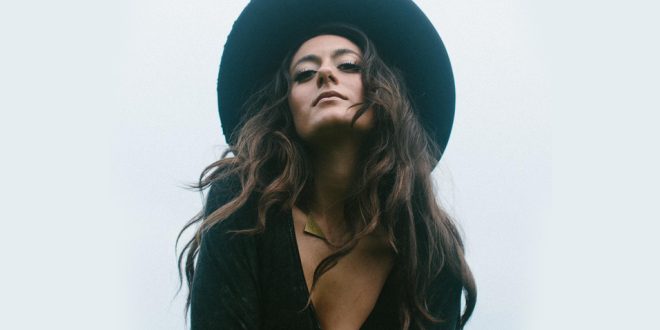 Hot off the heels of her chart climbing single “New Wings,” singer-songwriter Alyssa Bonagura has today released a powerful follow-up single, “Last Night In December” along with an animated lyric video. The track is an emotional, nostalgic ballad in which Alyssa recalls a past New Year’s Eve spent in Hawaii.

Co-written with hit songwriters Sam Ellis and Jon Nite, Alyssa comments, “New Year’s Eve is both happy and nostalgic at the same time. In letting go of the old and bringing in the new, and I wanted to capture a memory that would last forever in a song.”

The song is one of four that Alyssa co-produced with her friend and former label mate Tom Jordan of the band Seaforth. Taking to Instagram Live and performing acoustically during the pandemic, the song started becoming popular amongst her fans, and Jordan being one of those viewers reached out to Alyssa to collaborate on the production.

Speaking on the single and collaboration, Tom comments, “It has been such a joy to go from being a fan of Alyssa, to being a friend of Alyssa, to now a collaborator with Alyssa. She is a true storyteller and one of the most naturally gifted people I have ever known. This song floored me from the first time I heard it and I am honoured to have been able to help her bring her vision to life.”

The release of “Last Night In December” wraps up a successful 2021 for Alyssa. Her single “New Wings,” which debuted on Spotify’s New Music Friday playlist, currently sits at number 52 on the MusicRow CountryBreakout Radio Chart and reached the Top 10 on New Music Weekly’s Digital Country Chart.

Music editor for Nashville.com. Jerry Holthouse is a content writer, songwriter and a graphic designer. He owns and runs Holthouse Creative, a full service creative agency. He is an avid outdoorsman and a lover of everything music. You can contact him at JerryHolthouse@Nashville.com
Previous Dickson County Craig Morgan Foundation To Provide Christmas Gifts For Foster Kids
Next Billy Strings Announces Three Ryman Shows