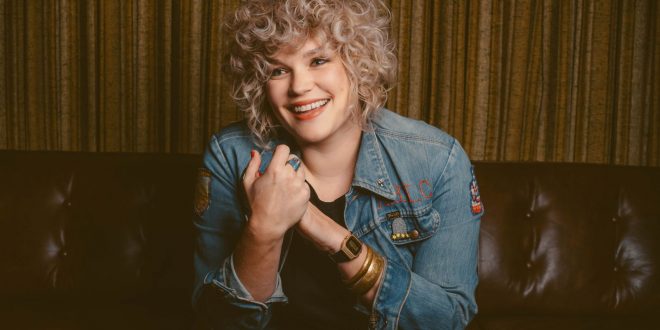 Lauren Morrow isn’t here to sing a love song — she’s here to tell a story. And though she might be new to Nashville, she’s already paved her way as one of the city’s most promising artists. You might know her as the crown jewel of The Whiskey Gentry, who have toured with Three Dog Night, Cracker, and Butch Walker, appearing on festival bills like Shaky Knees, MerleFest, and Bristol Rhythm & Roots (to name a few).

In late July 2017, Morrow and her husband Jason travelled to Nashville to play Oh Boy Records’ John Prine Tribute night, a intimate gathering where musicians like Jason Isbell, Kelsey Waldon, and the Brothers Osborne joined together to benefit legendary artist Jessi Zazu. After witnessing the supportive music community that Nashville had to offer, Lauren and Jason, also a member of The Whiskey Gentry, decided it was time for a change.

Hightailing it back to Atlanta, they quit their jobs, packed their things, listed their on house on the market, and didn’t look back. Once settled into their new home in East Nashville, they collectively decided to shift the focus on a new, more focused project, simply called Lauren Morrow. Founded on a collaborative mentality, Morrow recruited an all-star lineup of Nashville’s most notable players, including drummer Jerry Pentecost, pedal steel player Whit Wright, bassist Ted Pecchio, and former Deer Tick member Robbie Crowell on keys. Less than a year later, Morrow landed in Creative Workshop’s studio with producer/engineer Parker Cason to create her self-titled solo debut. The four song EP not only showcases Morrow’s flawless vocals and intricate songwriting, but her willingness to take risks — an edge that makes her stand out from the Nashville norm.

Set for release October 12, 2018, the Lauren Morrow EP is filled with stories; some real, some fiction, all universal yet personal. Musically she’s talented, lyrically she’s talented, there’s no question to that; but Morrow’s ingenuity shines through in the studio and on stage. Whether she’s singing a murder ballad or an vintage, classic-country sounding banger, there’s a unique impression she leaves that lingers. Check her out this Friday at The Basement East. She’ll be playing with Great Peacock & Los Colognes — doors at 7:30pm, show at 8:30pm.

Music editor for Nashville.com. Jerry Holthouse is a content writer, songwriter and a graphic designer. He owns and runs Holthouse Creative, a full service creative agency. He is an avid outdoorsman and a lover of everything music. You can contact him at JerryHolthouse@Nashville.com
Previous Dierks Bentley Unveils “Burning Man” Video
Next Stars Studded Tribute To Ray Charles At The Opry