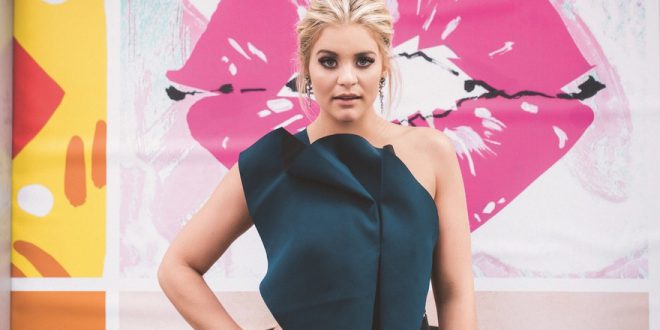 Lauren Alaina, on the heels of back-to-back major award wins for ACM New Female Artist of the Year and CMT Collaborative Video of the Year, releases the emotional and vocal soaked lyric video for “Three,” a song she wrote about the weaving of her life and career. The video has amassed almost 40,000 views in just four days and sparking emotional responses from fans.

“I am so proud of the lyric video for ‘Three,’” said Lauren Alaina. “It’s my favorite song I have ever written, so it was very important to me to get the lyric video just right. I wanted the video to be very personal and tell the story behind the song even more. My family, fans, and boyfriend are all a part of the video, and they are all a part of the reason I wrote the song.

“We all sacrifice something or lots of somethings for our dreams,” she adds. “I’m almost always away from my friends and family, but they support me and want me to be on that stage. When I’m traveling on the road and gone for long periods of time, the fans are always there singing my lyrics back to me and making my dreams come true. I wanted to make sure all of the people who have made this dream possible were showcased in the video. All I’ve ever wanted from the age of Three was to write songs and sing them to people, and the people in this video helped make that happen for me. ‘Six years of missing home, but I’d spend fifty more gone for three minutes on the radio.’”

Lauren is looking ahead to an even busier summer and Fall. She was invited to be part of this week’s 38th annual broadcast of the top-rated PBS special “A Capitol Fourth,” broadcast live on Wednesday, July 4 (8-9:30 PM ET) from the West Lawn of the U.S. Capitol in Washington DC. She will perform her No. 1 hit “Road Less Traveled” backed by the prestigious National Symphony Orchestra and an all female drumline. Lauren joins a stellar lineup which includes host John Stamos, Gospel legend CeCe Winans, multi-Platinum selling Pentatonix, legendary Motown stars The Temptations, theatrical icon and Broadway great Chita Rivera, music legends The Beach Boys, music legend Jimmy Buffett and Grammy award winning violinist Joshua Bell among others.

This year has continued to show Lauren’s steady career growth and support from industry, fans and artists. Just six months in to 2018 the Georgia native has been invited to be part of some of country music’s biggest tours in 2018 including opening shows for Alan Jackson, recently wrapped the spring leg of Cole Swindell’s Reason To Drink Tour before diving right in and currently touring with Jason Aldean’s High Noon Neon Tour 2018. More exciting huge touring news to come in the weeks and months ahead.

In just the past few weeks, Lauren has been announced to co-host the prestigious 12th Annual ACM Honors with Jon Pardi on August 22 from the Ryman Auditorium in Nashville, TN.

Music editor for Nashville.com. Jerry Holthouse is a content writer, songwriter and a graphic designer. He owns and runs Holthouse Creative, a full service creative agency. He is an avid outdoorsman and a lover of everything music. You can contact him at JerryHolthouse@Nashville.com
Previous Randy Houser Is Back With “What Whiskey Does”
Next Devin Dawson Wins Music Row Award for “Breakthrough Artist-Writer”